Apparently Our Immigration Service Only Accepts the Wrong Answer to ‘Who Is Speaker of the House?’

Apparently Our Immigration Service Only Accepts the Wrong Answer to ‘Who Is Speaker of the House?’ 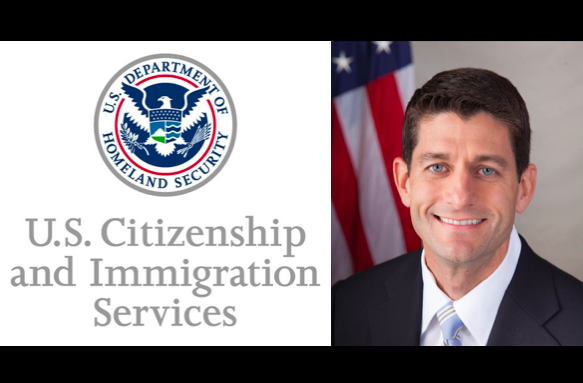 Becoming a US Citizen isn’t easy. In addition to the various legal hoops one has to jump through and the rigorous approval process, there is the quiz. Yes, a series of middle school-level questions about U.S history and government.

When was the Declaration of Independence written? 1776.

How many constitutional amendments are there? 27.

What is the official motto of the United States? “In God We Trust” (the former de facto motto was of course “E Pluribus Unum”).

Who is the Speaker of the House? Well ummm…

This is the one that almost tripped up New York Post media reporter Claire Atkinson.

Atkinson, a Brit who moved here nearly 20 years ago, officially became a citizen this week but apparently it wasn’t all smooth sailing through the choppy waters of this civics interrogation. Her answer, “Paul Ryan,” was not the correct answer they “needed.” After all, the Speaker of the House is…. in fact, Paul Ryan, and he has been for 27 days.

While it seemed clear that the tester recognized that Atkinson may have been “technically right,” it wasn’t the answer that would be deemed an accurate one for this determinative exam. Government being government, she apparently had to then give the wrong answer which is former Speaker John Boehner because after all, he is the one in the book.

Maybe she should have really baffled them by quoting Ben Franklin when he wrote, “Half the truth is often a great lie.” Then again…

Congrats to one of our newest citizens who both knows her civics and now how her government works.