Be Thankful Barack Obama Is President During Latest Gaza Crisis 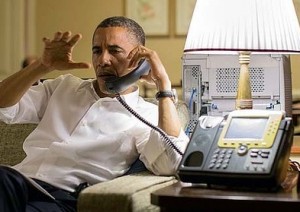 Elections have consequences, but rarely do they become as evident, as quickly, as they have with regard to the recent violence in and around Gaza. President Obama worked with Israeli Prime Minister Benjamin Netanyahu and Egyptian President Mohamed Morsi to work out a fragile ceasefire between Israel and Hamas, which was sealed by Secretary of State Hillary Clinton. That ceasefire depends on both sides’ confidence that a “durable outcome,” as Sec. Clinton put it, is somewhere in the offing, that a peace process which has been characterized by fits, starts, and setbacks, has some chance of success, or at least of an honest try.

At the very least, the ceasefire has resulted in a cessation of missile attacks from Gaza into Israel, and has averted a ground invasion of Gaza by the Israeli Defense Forces. Whatever its long-term prospects, this truce has saved lives, and it would not have happened without the United States’ involvement.

Now, imagine the same situation, but with this guy as president:

These problems are very hard to solve, you guys!

I look at the Palestinians not wanting to see peace anyway, for political purposes, committed to the destruction and elimination of Israel, and these thorny issues, and I say, “There’s just no way.” And so what you do is you say, “You move things along the best way you can.” You hope for some degree of stability, but you recognize that this is going to remain an unsolved problem. We live with that in China and Taiwan. All right, we have a potentially volatile situation but we sort of live with it, and we kick the ball down the field and hope that ultimately, somehow, something will happen and resolve it. We don’t go to war to try and resolve it imminently.

Those are the choices: go to war, or just throw in the towel. “Hope” for change, but know that it won’t change. These are fine opinions for the loudmouth at your corner bar to hold, but as recent events make clear, they disqualify you from being President of the United States. Foreign policy wasn’t supposed to matter in this election, and it largely didn’t, so when this video of Romney’s off-the-record remarks to a group of donors surfaced, this portion was barely noticed. Just two weeks later, though, its importance is self-evident. Whatever you think of President Obama, it’s clear that Mitt Romney was never up to the job of replacing him.

As quickly as Republicans are trying to run away from Mitt Romney now, he was their guy, and he was the best possible candidate to emerge from their musical chairs primary. Over the next four years, voters should plug Mitt Romney into national and world events, and judge Republicans for having supported him. They should also judge a national media that largely ignored this disqualifying episode.