Biden Attacks Romney For Being Ready To Go To War With Syria, Iran

Biden Attacks Romney For Being Ready To Go To War With Syria, Iran 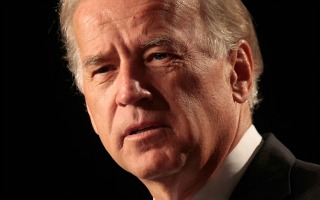 Vice President Joe Biden’s is attacking Republican presidential candidate Mitt Romney for what he considers his cavalier suggestion that the U.S. should be prepared to send U.S. forces into more battlegrounds in the Middle East in the near future. According to NBC News, Biden attacked Romney for being “ready to go to war” with Syria and Iran. These comments suggest to some that the administration of President Barack Obama will not back the Israeli government if they determine to strike at Iran’s nuclear enrichment facilities.

RELATED: Obama Responds To Romney’s Accusations Of Waging Campaign Based On ‘Hatred’

Biden was asked to respond to the attacks on the Obama administration that Romney levied during his Republican National Convention acceptance speech last week. The Vice President replied that he was concerned Romney seemed to view going to war as being a casual decision.

Listen to what he says about foreign policy. You caught some of it in his speech [at the Republican National Convention]. He said it was a mistake to end the war in Iraq and bring all of our warriors home. He said it was a mistake to set an end date for our warriors in Afghanistan and bring them home. He implies by the speech that he’s ready to go to war in Syria and Iran. He wants to move from cooperation to confrontation with Putin’s Russia.

Romney has been critical of the Obama administration’s stewardship of the alliance between the United States and Israel.

A report on Biden’s comment in the Jerusalem Post links his statement to a recent comment by Gen. Martin Dempsey who told reporters that the U.S. did not “want to be complicit” in an attack on Iran by Israelis. The Jerusalem Post notes that Biden’s comments make it increasingly clear to skeptics that Washington D.C. and Tel Aviv are not “in sync on the Iranian nuclear program.”