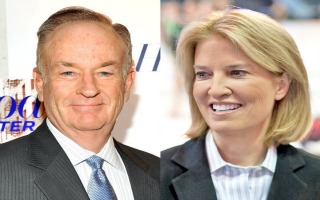 Fox News Channel’s most visible personalities are being sued by a New York City business owner for what she claims was the emotional distress and defamation she experienced after footage of her business aired during segments critical of events held by the General Services Administration earlier this year.

Aviva Nash, the owner of Drum Café – a teambuilding company which focuses on “interactive drumming,” is leveling charges that her name and business were defamed and resulted in emotional distress after being featured in Fox News channel reports.

The stories in question focused on a GSA conference held in Las Vegas in 2011 which featured expensive and seemingly frivolous entertainment like mind-readers, clowns, commemorative coins and Nash’s drumming equipment and instruction.

Nash says that her services are utilized for businesses that want their employees to learn how to drum in unison. The Drum Café’s website claims the exercises are popular for corporate events because they “revitalise and re-focus participants between presentations or before speeches or awards.”

None of the Fox hosts mentioned Nash or her business by name in any of the segments critical of the GSA, but they did describe the services her firm provides. O’Reilly described one woman who demonstrated how to use Nash’s “wackers” to syncopate a beat as a “little hippie-dippie chick” and said Nash’s business was a “con.” Van Sustern characterized the $21,000 that the GSA spent on drumming equipment as “impossible” and “unbelievably insane.”

Nash’s statement describes O’Reilly’s characterizations as “debasing, demeaning, humiliating, degrading, defaming and denigrating.” She further claims that she has lost business since the segments aired.

The Hollywood Reporter has more:

Nash believes that as the result of the show, she has been fingered for perpetrating a “con,” that her business enterprise has been implicated in illegal activity.

As for Van Susteren, on her own show, the host said, “It is so unbelievably insane to take the taxpayer money to do something like that.”

Nash says calling her insane is false. Also, Van Susteren allegedly responded to one of her guests by saying, “When you say blatant abuse, I say stealing.”

Nash says the mention of “stealing” indicated that she was engaged in a criminal enterprise.

Fox News says it couldn’t comment because it hasn’t been served yet with the complaint. Silly stuff? You bet.

UPDATE: Writing on GretaWire, Van Susteren has offered a “get out of jail free” card to the lawyer or lawyers representing Nash. She offers the transcript of the program in question and says there is no proof that she defamed anyone and will pursue redress against this frivolous suit unless it is dropped and she receives an apology:

And if the lawyer and his client doesn’t take me up on it? I think I will call Bernie and Ted. I suspect they will fight over who gets to do this one!