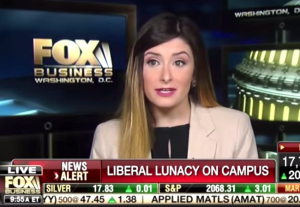 Last week, Ghostbusters star Leslie Jones was inundated with racist comments on her Twitter account. The reports got a lot of traction and suddenly, professional provocateur and Breitbart superstar Milo Yiannopoulos was permanently banned from the platform. He hadn’t threatened her, but some perceived his tweets as a marshaling against Jones, so away he went. Sure, in 2012, he called for trolls to be banned from the Internet, but was he a troll? Well, that’s up for debate.

As mosts of you probably know, Twitter is all about debates. There exist people out there who could — and do! — spend hours frantically flooding the mentions of other users with insults and opinions. Sometimes those users writer back. Other times, the incessant @s fall into the void.

The case of Breitbart contributor Kassy Dillon is a strange one. The vile tweets aimed at her didn’t fall into the void, but she sort of did. She intended to defend Yiannopoulos by reposting some of Jones’ tweets…

Female conservative writer repeats what Leslie Jones said to see if Twitter has a bias & gets suspended! #FreeKassy pic.twitter.com/VsCJhpZzkg

She wrote to Jones, “and you and your friends are bigots.If you don’t like me why the fuck do you watch let alone contact me. Kill yourself bigot,” which is exactly what Jones said to one of her harassers. In fact, it was copied and pasted into this post directly from Jones’ Twitter. The command to “kill yourself biggot” didn’t get Jones suspended, so where is Dillon’s account?

After the demonstration with Jones’ tweets, Dillon was spammed with threats and insults, some of which she reposted to her timeline. That’s when her suspension came.

So #kassydillon gets death/rape threats, reports it to @jack. Twitter suspends her. Bizarro World. pic.twitter.com/nrDROip4Vz

Breitbart has posted a piece expressing their annoyance that Dillon and Yiannopoulos were suspended while Dillon’s harassers and Jones remain on the site.