Chris Christie: I’m ‘Not A Subtle Personality,’ I Don’t ‘Calibrate My Language’ To Be ‘More Political’

Chris Christie: I’m ‘Not A Subtle Personality,’ I Don’t ‘Calibrate My Language’ To Be ‘More Political’ 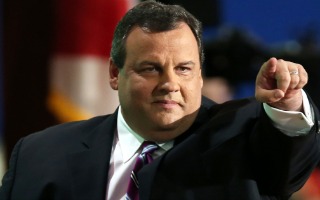 In an interview with The Associated Press, New Jersey Governor Chris Christie admitted that he knew he wasn’t a “subtle personality” and that when he embraces a Democratic leader or slams a Republican one, it’s just part of his job.

Speaking on his commendations of President Obama during Hurricane Sandy and his criticism of John Boehner over the Sandy relief bill, Christie said:

“It never struck me that what I should do is calibrate my language in order to be more political. My view was the (president) was helping us and I wanted to tell people. He deserved that credit. With Boehner, I would have reacted differently if the speaker had picked up my phone calls Tuesday night and explained what he was doing. The fact that 66 days had already gone by with no assistance, all that stuff conspired to create the reaction that I gave.”

Christie said he had a feeling that Sandy was going to be a bad storm for his state. “With Irene, I went back and forth because the forecasts were going back and forth,” he said. “When the National Weather Service says it’s going to be a wipe out of the Shore then they start backing off of that, it’s very difficult to set the right tone and, candidly, make the right decisions.”

“He’s a Jersey guy,” he said said. “It’s the quality that will carry him through the rest of his political career.”
—
>>Follow Anjali Sareen (@AnjaliSaree) On Twitter