Chris Wallace on FBI Reopening Clinton Probe: ‘This is a Big Deal’ 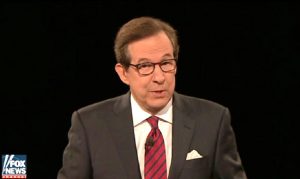 The man who moderated the third presidential debate earlier this month thinks the Friday announcement that the FBI is reopening the investigation into Hillary Clinton‘s use of a personal email server is an important campaign development.

“This is a big deal,” Chris Wallace said on Fox News.

Wallace cited FBI Director James Comey‘s refusal to reopen the investigation during testimony before the House Judiciary Committee, and said that, given that previous position, the new information must be important.

You have got to know that James Comey did not want to reopen this investigation. A month ago, he was asked by a republican Congressman on the House Judiciary Committee about all the information that had come up since he closed the investigation in July. ‘Well, why don’t you reopen it?’ He said, ‘That doesn’t come even close to reopening the investigation.’

So for him to do that now, just 11 days before the election — and I promise you, he can read the calendar just like all the rest of us — this has to be substantial. Not saying that it’s going to put it over the edge and result in a criminal case against Hillary Clinton. But this has to be substantial enough, and you know that he didn’t want to do this, that he had to, in effect, eat his words, go back to these committees, and announce this investigation — fully aware of the bombshell effect it was going to have on the final week and a half of this campaign.