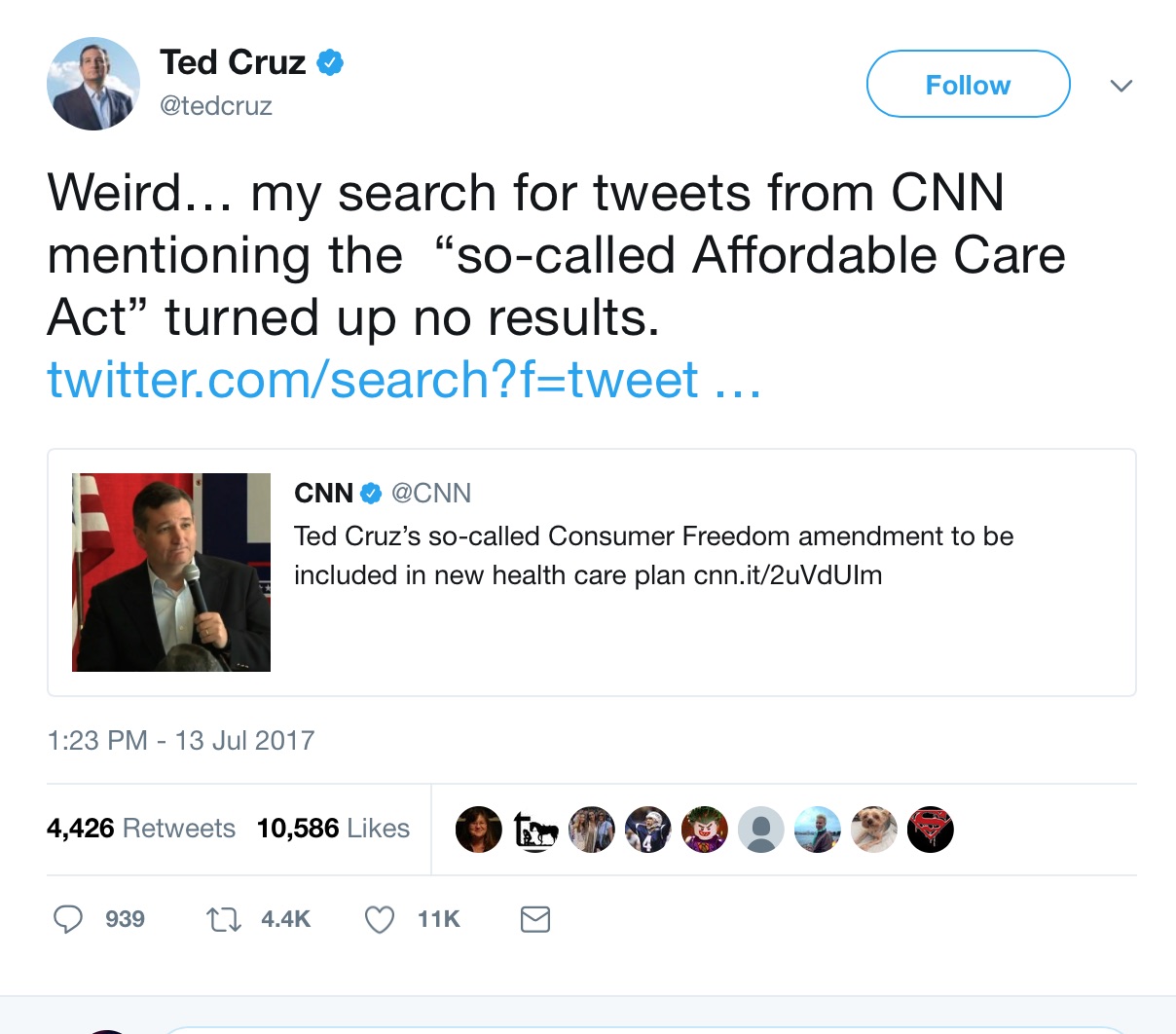 Earlier Thursday, the Senate GOP released a new draft of their health care bill and one of the key provisions in the bill was the Consumer Freedom Amendment written by Sen. Ted Cruz (R-TX), which gives insurers more freedoms to opt out from Obamacare regulations.

CNN tweeted about Cruz’s amendment, but made a slight change to the name of it.

Weird… my search for tweets from CNN mentioning the “so-called Affordable Care Act” turned up no results. https://t.co/fizqTwu9uy https://t.co/hT2GxI3pff

This isn’t the first time Ted Cruz brought his snark game to Twitter. Earlier this year, he took on the sports website Deadspin after they challenged its followers to send proof of the senator playing basketball. He jokingly replied.

what do I win? pic.twitter.com/9XuRmmIkJS

Deadspin apparently did not appreciate his humor. They responded with the following:

Cruz decided to stay classy and got the better of the exchange, even according to many of his detractors.