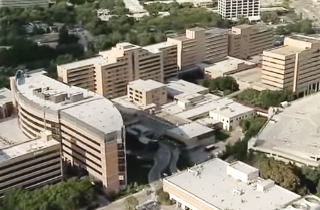 Texas Health Presbyterian Hospital has been at the center of the nation’s Ebola panic, and they’ve come under fire by both a nurses’ union and one of their own for not following proper protocols in treating Thomas Duncan, the man who was being treated for Ebola in the Dallas hospital before he died.

Now there are two nurses who’ve contracted Ebola, and now concerns over who they may have come in contact with have caused nationwide panic.

Well, earlier today the hospital actually responded to some of the allegations made against them on Facebook. They write that claims made by National Nurses United “do not reflect actual facts learned from the medical record and interactions with clinical caregivers.”

They provide a number of facts about how they dealt with treating Duncan, including the following:

Regarding the ED tube delivery system utilized during Mr. Duncan’s initial visit, all specimens were placed into closed specimens bags and placed inside a plastic carrier that travel through a pneumatic system. At no time did Mr. Duncan’s specimens leak or spill – either from their bag or their carrier – into the tube system.

When the CDC recommended that nurses wear isolation suits, the nurses raised questions and concerns about the fact that the skin on their neck was exposed. The CDC recommended that they pinch and tape the necks of the gown. Because our nurses continued to be concerned, particularly about removing the tape, we ordered hoods.

Regarding hazardous waste, the hospital went above and beyond the CDC recommendations. Waste was well-contained in accordance with standards, and it was located in safe and containable locations.

Now, that being said, the chief clinical officer for Texas Health Resources, Dr. Daniel Varga, did apologize for “mistakes” in prepared testimony for today’s congressional hearing. He says in their initial treatment, “We did not correctly diagnose his symptoms as those of Ebola. We are deeply sorry.”