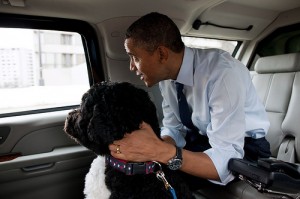 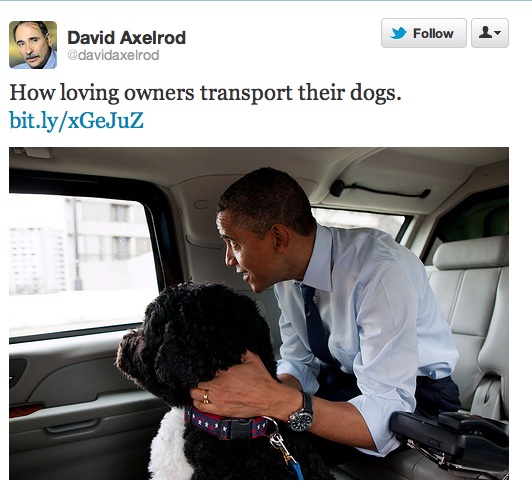 RELATED: Rachel Maddow Explains Why The Romney ‘Leaving Dog On Top Of Car’ Story Has ‘Legs’

Romney has faced criticism over a 1983 family vacation where he strapped his Irish setter Seamus to the roof of his car, as Boston Globe writer Neil Swidey reported:

The white Chevy station wagon with the wood paneling was overstuffed with suitcases, supplies, and sons when Mitt Romney climbed behind the wheel to begin the annual 12-hour family trek from Boston to Ontario … Before beginning the drive, Mitt Romney put Seamus, the family’s hulking Irish setter, in a dog carrier and attached it to the station wagon’s roof rack. He’d built a windshield for the carrier, to make the ride more comfortable for the dog.
[…]
As the oldest son, Tagg Romney commandeered the way-back of the wagon, keeping his eyes fixed out the rear window, where he glimpsed the first sign of trouble. ”Dad!” he yelled. ”Gross!” A brown liquid was dripping down the back window, payback from an Irish setter who’d been riding on the roof in the wind for hours. As the rest of the boys joined in the howls of disgust, Romney coolly pulled off the highway and into a service station. There, he borrowed a hose, washed down Seamus and the car, then hopped back onto the highway. It was a tiny preview of a trait he would grow famous for in business: emotion-free crisis management.