Dear Politico Reporter: More Than Half Of All Legitimate Rapes Don’t Get Reported 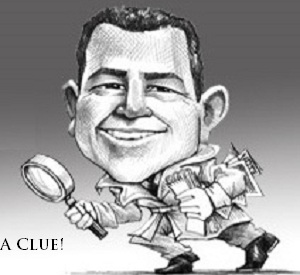 Politico reporter Dave Catanese has become collateral damage in the justified uproar over Rep. Todd Akin‘s remarks on “legitimate rape” not leading to pregnancy because, in a case of poetic irony, he sought to protect the congressman from unfair piling on. Now, Catanese is being piled on, and while I don’t agree with those calling for his firing, there is one particular part of his quasi-defense of Akin that punches through the stupid barrier, and into dangerous territory.

On Sunday, Rep. Akin told an interviewer that pregnancy resulting from rape is “really rare” because “If it’s a legitimate rape, the female body has ways to try to shut that whole thing down.”

The Romney campaign initially “disagreed” with the statement, before issuing a stronger denouncement on Monday, but reaction from almost everyone else was immediate and harsh. Enter Dave Catonese, who seemed to be under the impression that Akin’s crime was in conferring legitimacy upon the action of rape (a wrong impression that Akin seems to share), and tried to narrowly defend him on that basis.

Let’s clear that up first. No reasonable person thought that Akin was calling rape a legitimate act, but rather, that he was by extension categorizing some other subset of rapes as illegitimate, as not really being rapes, in much the same way that Rep. Paul Ryan and friends tried to make a distinction between “forcible rape” and… the other kind, whatever that is. Nobody needed Dave Catonese to explain this to them, but he tried to anyway, in a series of tweets last night:

Poor phrasing, but if you watch the intv @ToddAkin meant to convey that there’s less chance of getting pregnant if raped.

So perhaps some can agree that all rapes that are reported are not actually rapes? Or are we gonna really deny that for PC sake?

So looks like he meant to say — “If a woman was REALLY raped, it’s statistically less likely for her to get pregnant.” What’s the science?

So maybe. Just maybe, @ToddAkin didn’t really mean ‘legitimate.’ Perhaps he meant if ‘someone IS really raped’ or ‘a rape really occurs’

We all know what he meant, Dave. Of course we know what he meant. Catonese has become a victim-hero to the right because some folks on Twitter have called for his firing. Catonese himself has a bit of a victim complex, too, tweeting this morning that “Re last night: Bad idea trying to have nuanced conversation on highly charged issue on here. Did not intend to take a side. Lesson learned.”

Politico shouldn’t fire Catonese, although they ought to invest in some forceps and a proctologist. The mere notion that Catonese’s first impulse, upon hearing a US congressman slur rape victims while dispensing dangerously false medical information (which turns out to be literal quackery), was to make sure that the congressman didn’t get worked over too badly is wrongheaded, but defensible. We’re in the business of looking for something that no one else is saying, and being the first to say it.

However, there is a part of Catonese’s defense of Akin that actually is dangerous on its own, in much the same way that Akin’s remarks themselves were. Akin’s use of the term “legitimate,” as in authentic, conveyed the idea that some rapes aren’t actually rapes, and Catonese reinforced that notion by tweeting “So perhaps some can agree that all rapes that are reported are not actually rapes? Or are we gonna really deny that for PC sake?”

While not technically inaccurate, Catonese’s tweet gives the impression that there is a widespread problem with over-reporting of rapes, when the fact is that, according to the Rape, Abuse, and Incest National Network (RAINN), less than half of all rapes are reported, while only 12% of rapes result in an arrest, 5% in felony convictions, and 3% in jail time. 54% of rapes are not reported, while according to the FBI, only 8% of rape cases are classified as “unfounded,” a definition that, in true circular fashion, relies on sick, Akin/Ryan-ian logic:

This statistic is almost meaningless, as many of the jurisdictions from which the FBI collects data on crime use different definitions of, or criteria for, “unfounded.” That is, a report of rape might be classified as unfounded (rather than as forcible rape) if the alleged victim did not try to fight off the suspect, if the alleged perpetrator did not use physical force or a weapon of some sort, if the alleged victim did not sustain any physical injuries, or if the alleged victim and the accused had a prior sexual relationship. Similarly, a report might be deemed unfounded if there is no physical evidence or too many inconsistencies between the accuser’s statement and what evidence does exist. As such, although some unfounded cases of rape may be false or fabricated, not all unfounded cases are false.

In a culture that is already unfriendly to rape-reporting, Catonese has a duty to make these facts clear, and rather than firing him, Politico ought to make sure he does it.