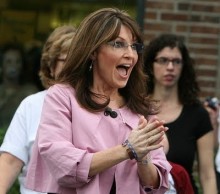 It looks like on top of revealing all the dirty little secrets behind the lives of every candidate in the 2008 Presidential Election Mark Halperin and John Heilemann, the authors of Game Change, may be out to save the magazine industry. Following yesterday’s excerpt in New York magazine (where Heileman is a columnist) which focused on the Edwardses (oof) comes today’s Time.com (where Halperin is a editor-at-large) piece opining on the future of Sarah Palin. Interestingly the Time.com piece is not an excerpt from the book so much as a loosely pulled together extension of its Palin chapters.

The authors begin by rehashing the McCain campaign’s reaction to Palin’s Going Rogue back in November: “They saw in the book an array of the same qualities they had come to discern in her during the two months of the general election: the self-serving habits, the vindictiveness, the distant relationship with the truth.” And then suggest that the publication of Game Change has drastically shifted the playing field for Palin:

With the publication of our book Game Change and the appearance of Schmidt on 60 Minutes in a piece discussing our reporting, much of the truth about Palin has begun to emerge. The questions are how she might respond and what effect the turn of events will have on her future — a future which now includes a gig at Fox News.

Of course, this entire, somewhat skeletal piece was pulled together in light of that future gig at Fox News, just announced yesterday. In light of that announcement the authors ponder whether that fact Palin has once again been given an official public platform will she be forced to respond to revelations in the book the following issues revealed in Game Change? Answer? Not likely.

Her substantive deficiencies, even more dramatic than those that had previously been reported: her lack of understanding about why there are two Koreas, her ignorance about the function of the Federal Reserve, her belief that Saddam Hussein was responsible for 9/11. The fact that, at her lowest moments during preparation for her debate against Joe Biden, some senior McCain aides worried that she was mentally unstable.

All not nice things, clearly whatever restraint remained in terms of dishing on Palin was undone by the publication of Going Rogue and McCain’s camp was all to happy to reveal the worst. With that in mind, and knowing that most of Washington has been waiting for this book for months now, I suspect if nothing else (notwithstanding a healthy bank account) the motivating factor behind Palin’s choice to move to Fox News was that it provides the safest haven possible for her while still keeping her in the public eye. Even Palin must have known that the clock was ticking on her version of 2008’s events; it’s hard not to wonder whether her drastically pushed-up pub date had anything to do with Game Change‘s release. By getting out there early she could at least own the storyline for a chunk of time. Moreover, the timing of her Fox News announcement could not have come at a more apropos moment: instead of relying on Todd to watch the door at book events for errant bloggers she now has both the powerful Fox News platform and the equally powerful Fox News Pr team on her side. Seems like a win win to me. Almost makes you wonder how come the Clinton’s haven’t figured out something similar.