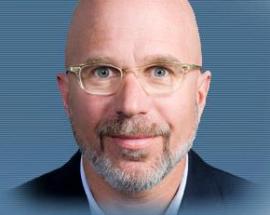 “While the most recent polling and voter registration data suggest that political power lies in the middle, it remains largely untapped because it lacks the fervor of the extremes. This also explains the lack of loyalty by centrists for media personalities such as Campbell Brown, unlike the devotion the far right and left have for their own torch-bearers. The more doctrinaire the viewpoint, the better the odds it will be heard.”

What ever happened to the pundits in the middle? Radio host Michael Smerconish takes aim at cable news in general as he mourns the loss of “moderate, thoughtful analysis” in a Washington Post column today.

That would be radio host and MSNBC contributor Michael Smerconish.

The news peg here is Campbell Brown‘s imminent exit from CNN. “Campbell Brown’s departure from her CNN show last month marks another tombstone in the graveyard of moderate, thoughtful analysis,” he writes.

He goes on to relay stories (that he has told before) of bookers at both CNN and Fox News hoping to pigeonhole him into a more defined political pundit role during pre-interviews. “The message of both episodes is clear: There is no room for nuance,” he writes. “Either you offer a consistent (possibly artificial) ideological view or you often don’t get a say.”

The one network not mentioned – MSNBC. Smerconish is a regular on some programs on the network (specifically Hardball with Chris Matthews). But when you write or talk about the “graveyard” of the middle or the rise of polarization on TV, how can you ignore MSNBC?