Do You Want To Watch The Election On TV Tomorrow? Here Are All Your Options 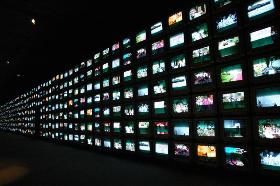 The biggest story of the year comes (mostly) to a conclusion tomorrow night, and every network you’d expect to be covering the midterm elections will be in grand fashion.

We at Mediaite will be taking the night off (ha, kidding), but here’s a list of all the places to tune your TV to Tuesday night – and what to expect.

• “Diane Sawyer and George Stephanopoulos will anchor live coverage of election results from across the country on Tuesday, November 2. ABC’s “Vote 2010” will originate from ABC News headquarters in New York beginning with a special edition of “World News with Diane Sawyer” at 6:30pm ET and continuing with full election coverage from 8:00 p.m. ET until at least 4:00 a.m. ET.

• “Nightline will air a special hour-long broadcast beginning at 11:35pm ET and then will air another new one-hour broadcast for the West Coast at 11:35pm PT. ABCNEWS.com will provide up to the minute results and ABC News projections for winners in the Senate, House, and gubernatorial races as the polls close. ABC’s interactive election map provides detailed information about all races for Senate, Congress and Governor. Earlier in the day, there will be special Election Day editions of ABC News/Washington Post’s “Top Line” and Jake Tapper’s “Political Punch” webcasts.”

• “CBS News’ election special “Campaign 2010: Election Night” hosted by Katie Couric will kick off Tuesday, Nov. 2 at 10:00 PM, ET. Immediately following the broadcast, Couric will anchor a live webcast at 11:00 PM, ET that will feature extended analysis from the CBS News political team, interviews and special guests. Additionally, Couric will provide brief Campaign 2010 updates at the top of each hour throughout the night.

In addition, CBSNews.com will provide live breaking news from across the country and unique analysis on what it all means in stories, blogs and video. From 9:00-10:00 PM, ET, the site will air a special one-hour live WASHINGTON UNPLUGGED webcast featuring breaking developments on the top Election Night races with analysis from CBS News correspondents, political analysts and more. At 10:00 PM, ET, CBSNews.com will simulcast the CBS News Network Election Night special report, followed by a live webcast with Katie Couric and the CBS News political team continuing their coverage on CBSNews.com and via the site’s live streaming partners.”

For NBC News’ coverage, a veteran team of NBC News correspondents will report from across the country on key Senate, House and gubernatorial races and a team of analysts, lead by NBC News’ Elections Director Sheldon Gawiser, will analyze the statewide exit polls, election results and voter trends. It is NBC News’ policy to not project a winner in any state until all of that state’s polls are scheduled to close.”

NEXT PAGE: The Cable Options.