Does Game Change Mark The End Of ‘Off The Record’?

Does Game Change Mark The End Of ‘Off The Record’? 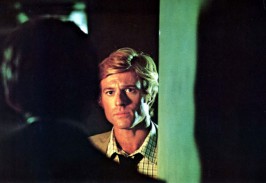 Now that the dust has settled over the initial and headline-making revelations of the new campaign book Game Change, a number of people are beginning to question how authors John Heilemann and Mark Halperin managed to get all the juicy quotes they included in the book. Halperin described the process to Time managing editor Rick Stengel:

We interviewed some of the major figures in the book more than half a dozen times. We had interviews that lasted up to 6 or 7 hours. It was not at all unusual for our interviews, over 300 interviews with over 200 people, to last several hours. That was the norm.

No one, of course, is doubting that these interviews took place. It’s more the nature of the interviews and under what rules they were conducted and how they were attributed that is causing the furor: there are a lot of anonymous quotes in this book and a lot of supposed in-the-room recountings, which no doubt are far easier to make when you don’t suffer under the fear of retribution or vetting. Per HuffPo’s Jason Linkins:

In their book, Halperin and Heilemann establish a set of rules governing how things are attributed and what quotation marks are meant to convey in their authors’ note: “Where dialogue is in quotation marks, it comes from the speaker, someone who was present and heard the remark, contemporaneous notes, or transcripts. Where dialogue is not in quotes, it is paraphrased, reflecting only a lack of certainty on the part of our sources about precise wording, not about the nature of the statements. Where specific thoughts, feelings, or states of mind are rendered in italics, they come from either the person identified or someone to whom she or he expressed those thoughts or feelings directly.”

So if these guidelines were followed, how then did Harry Reid’s “negro dialect” comment get reported but the identity of Bill Clinton’s supposed girlfriend did not? Reid says he was under the impression his remark, and discussion with the “two disarmingly charming book authors” was off-the-record. In Politico’s account of how the quote came about they say “Capitol Hill veterans said there was no way that such inflammatory words from a Senate majority leader would remain off the record, even if that had been the arrangement.” Which, as Linkins points out is utterly “absurd” and galling. Andrew Sullivan says he “cannot square this story with the principles of ethical journalism as laid out by the authors themselves.”

Of course, what all this anonymous sourcing also leaves itself open to is cries of stories being distorted, which Sarah Palin was happy to make last night on the O’Reilly Factor “These reporters weren’t there…I don’t think I have ever met these guys. They certainly didn’t interview me for the book.”

Is the lesson here that nothing should be considered off-the-record anymore? Fairly or not, the easy access of the blogosphere and Twitter has put a lot of things up for fair game that would have otherwise remained under wraps. Remember Obama’s “jackass” remark? That was also supposed to be off the record but made it on to Twitter courtesy of veteran journo Terry Moran. It would appear, that like it or not, Halperin has merely taken the new journalism ethos of Twitter (with some original The Note added in) and applied it to campaign book publishing.