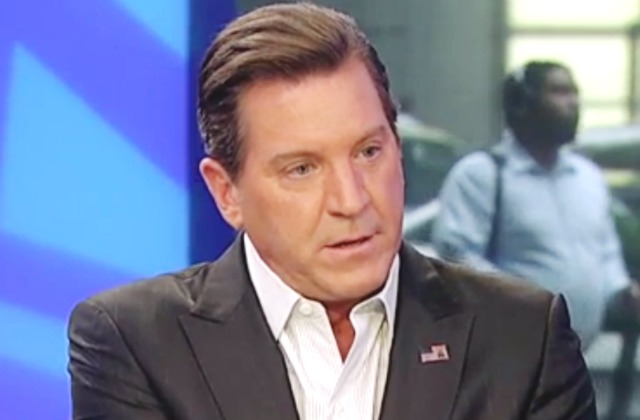 Eric Bolling — the Fox News personality currently under suspension following a report from the Huffington Post that he sent lewd photos to female colleagues — is publicly addressing the accusation for the first time.

“Overwhelmed by all the support I have received. Thank you,” Bolling wrote. “I look forward to clearing my name asap.”

Overwhelmed by all the support I have received. Thank you

I look forward to clearing my name asap

The Huffington Post reported Friday that Bolling sent an unsolicited photo of male genitalia to at least three different colleagues. HuffPo cited 12 sources in its report.

Bolling would also contact me via phone and text after shows, sometimes to apologize for his behavior (and then do it again), and sometimes just to talk. He said he wanted to fly me out to New York for in-studio hits and to have “fun.” He asked me to have meals with him on several occasions, but I found excuses not to go. Once, he took me up to his office in New York, showed me his baseball jerseys, and in the brief time I was there, let me know that his office was his favorite place to have sex. I know other women have had similar experiences with Bolling, which means that lots of folks at Fox knew about his behavior well before 2017.