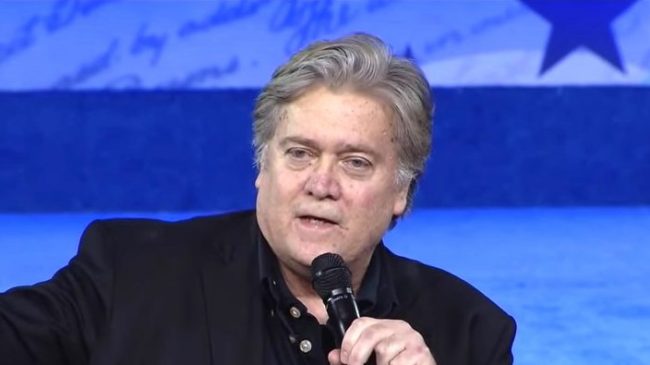 It was reported earlier that Breitbart chief Steve Bannon’s main financial backer, Rebekah Mercer, had cut ties with the ex-White House chief strategist after he touted his presidential ambitions. The reclusive billionaire has now made it official.

“I support President Trump and the platform upon which he was elected,” Mercer said in a statement, per the Washington Post. “My family and I have not communicated with Steve Bannon in many months and have provided no financial support to his political agenda, nor do we support his recent actions and statements.

As the Post noted, Mercer almost never speaks publicly, making her public distancing from Bannon extremely remarkable. Bannon, of course, has no become persona non grata within Trump World over his explosive and controversial comments featured in Michael Wolff’s tell-all book on the Trump White House.