Financial Times Writes About MySpace – But Misses The Story

Financial Times Writes About MySpace – But Misses The Story 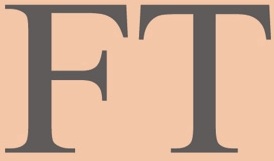 “…News Corp dragged its feet over implementing Ajax, a program that allows users to send a message, an e-mail or to post a comment on their friends’ pages without having to open a new browser window.”
– From the Financial Times’ look at the decline of MySpace, emphasis added.

“Ajax” is a term referring to functionality that allows a scripting language (Javascript) to load content without refreshing a webpage. It’s no more a program than HTML is a program. How do I know this? Because I develop web sites. But if I didn’t, its Wikipedia page is a Google search away.

Who cares?, one might ask. The story, after all, isn’t about arcane web protocols – it’s about MySpace’s inglorious descent into irrelevance. It’s about how the News Corp. acquisition of the site transformed from a triumph to a debacle.

It’s true. It is about that, and it’s a very good read (as Mediaite’s Joe Coscarelli notes in his review). But the story of MySpace’s decline is inextricably linked to the story of its failure to adopt technological changes. The assessments in this story miss crucial steps in Facebook’s rise to prominence that were the knives in MySpace’s spine. It’s as though someone wrote a post-mortem of the American automobile industry without describing Japanese cars.

Friends’ Activity
Much is made in the article of Facebook’s ability to automatically send invites to the friends of new users. What isn’t mentioned is the real change that set Facebook apart, early on: the friends’ activity timeline. Now common on social sites, the news feed of new relationships and profile changes was roundly criticized by users at launch. Many considered it invasive, since they were used to the more passive structure of other sites. That feature was added in September of 2006. Here’s a chart of subsequent growth.

Many of us sign up for a lot of new, interesting websites – but which do we use over the long term? What Facebook realized was that the social component would keep users engaged, spurring growth as they encouraged those they knew to join the network. It’s standard logic now, but in 2006, it was groundbreaking.

Facebook Connect
What’s happened since, as Slate’s Farhad Manjoo notes in a great piece about Facebook’s growth, is that Facebook has become infrastructural. The scope of people’s engagement with the site yields exponential benefit to participants old and new. What was missing was only the ability to carry that social infrastructure to other sites.

(A quick aside: it’s that ability to become infrastructural in a unique way that has allowed Twitter to grow quickly – and why Facebook considers it most threatening. It’s also why, in my estimation, Foursquare will never become a long-term blockbuster.)

Both of these technologically innovative moves by Facebook were critical in taking MySpace out of the game, the latter being the death blow. (MySpace is even rumored to be adopting Facebook Connect next year.) Neither was mentioned in the Financial Times article because the reporter, Matthew Garrahan, didn’t understand the technology. Garrahan got right, it seems, that Murdoch’s misstep in announcing a billion dollars in ad revenue in 2008 crippled MySpace’s ability to innovate – but MySpace, even early last year, was already doomed by Facebook’s tools and its own size.

Business reporters need to understand the web and how it works. Merely visiting or using a website doesn’t tell you everything you need to know about how it is doing – any more than driving a Chevy Cavalier would be enough to report on expected revenues for its parent corporation. A reporter doesn’t need to be able to write Javascript, but they need to understand what they don’t know about technology.

The Financial Times told a good story about advertising revenue and News Corp.’s decision-making process. The nut of the story, though, was about web technology. And that, they got wrong.