Fox News Employees Reportedly ‘Livid’ Over Hannity, Pirro Campaigning for Trump: ‘I am So F*cking Mad’ 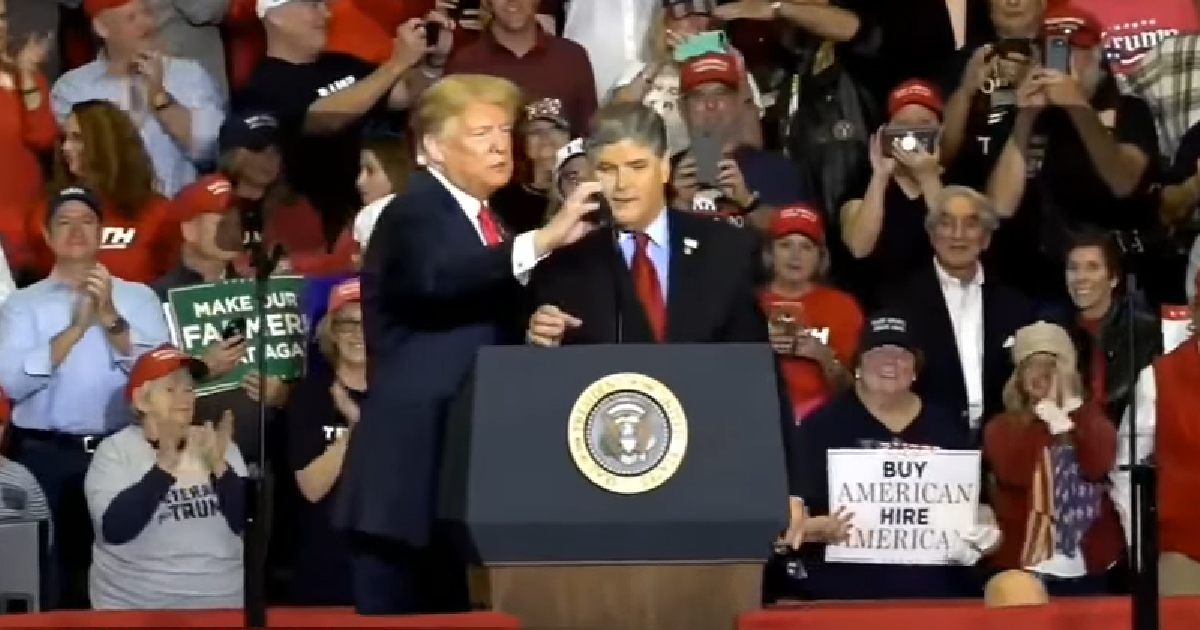 CNN’s Oliver Darcy reached out to multiple Fox News staffers to get their takeaways from Hannity and Jeanine Pirro stumping for Trump on stage in Missouri. The Fox opinion hosts have been two of Trump’s biggest backers for a long time, but like many critics concerned about the Fox News-White House dynamic, several of the network’s employees say Hannity and Pirro’s shilling puts them in an extremely difficult position.

“We were all told that Hannity was going to interview the president, but no one that I spoke with expected what happened last night,” said senior Fox News employee. “I’m aghast as are a number of other people.”

“It disturbs me to my core,” another senior Fox staffer said. “I am so f*cking mad.”

Hannity is defending his on-stage appearance on the grounds that “this was not planned,” even though he held a live show at the rally while the Trump Campaign made a point of highlighting his presence. Fox News has released a statement about the actions from their two anchors, calling it an “unfortunate distraction” they didn’t authorize ahead of time.

This wouldn’t be the first time Hannity’s antics generated dissent from fellow Fox News workers, and several of Darcy’s sources say this incident suggests, once again, that the Fox host is unbeholden to the network’s rules.

“The whole thing is just so embarrassing that this guy basically has free rein to do whatever he wants, and management is either helpless or uninterested in doing anything about it,” said one Fox News employee.

Another employee said that Hannity’s behavior, both Monday night and generally, “continues to make the task of the news side all that much harder.”

One former senior Fox News employee told CNN Business that he had spoken to a number of former colleagues who are still at the network about the matter. He described them as “livid.”