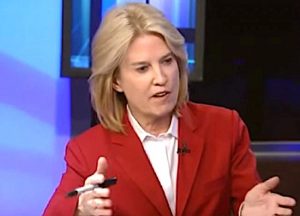 Regular Mediaite readers already know that rumors have been swirling about Greta Van Susteren‘s post-Fox News plans ever since she absconded from the network following Roger Ailes‘ scandal-prompted ouster. We reported last week that the latest of those rumors indicated she was heading to MSNBC.

Van Susteren has now weighed in on those rumors and the backlash they’ve caused.

Can we get something straight? When people work for a large company – including a network – they are not responsible for…

Can we get something straight? When people work for a large company – including a network – they are not responsible for everyone else who works there. They ARE responsible for themselves. Why do I post this? Because I have seen so many comments critical of me for working at Fox, and now the chatter that I may be going to another network, CNN or MS/NBC. Yes, it is indeed true that I am considering going back to TV but that is not the point of this posting but rather to emphasize that if I do go back, like always, I will be responsible for myself and my hour. This is the way it has always been…and if I sign a contract and you liked my show before, you will like it now (I am the same person.). And if you didn’t like my show before? Well…you won’t like what I do now.

So, yes, she wants to go back to television. No, she isn’t going to do anything dramatically different than viewers and fans are used to. No, she doesn’t think anyone should gossip or insult her over it.