Hannity Retaliates Against Kimmel: I Bet Disney is So Proud of ‘Harvey Weinstein Jr.’ (UPDATES) 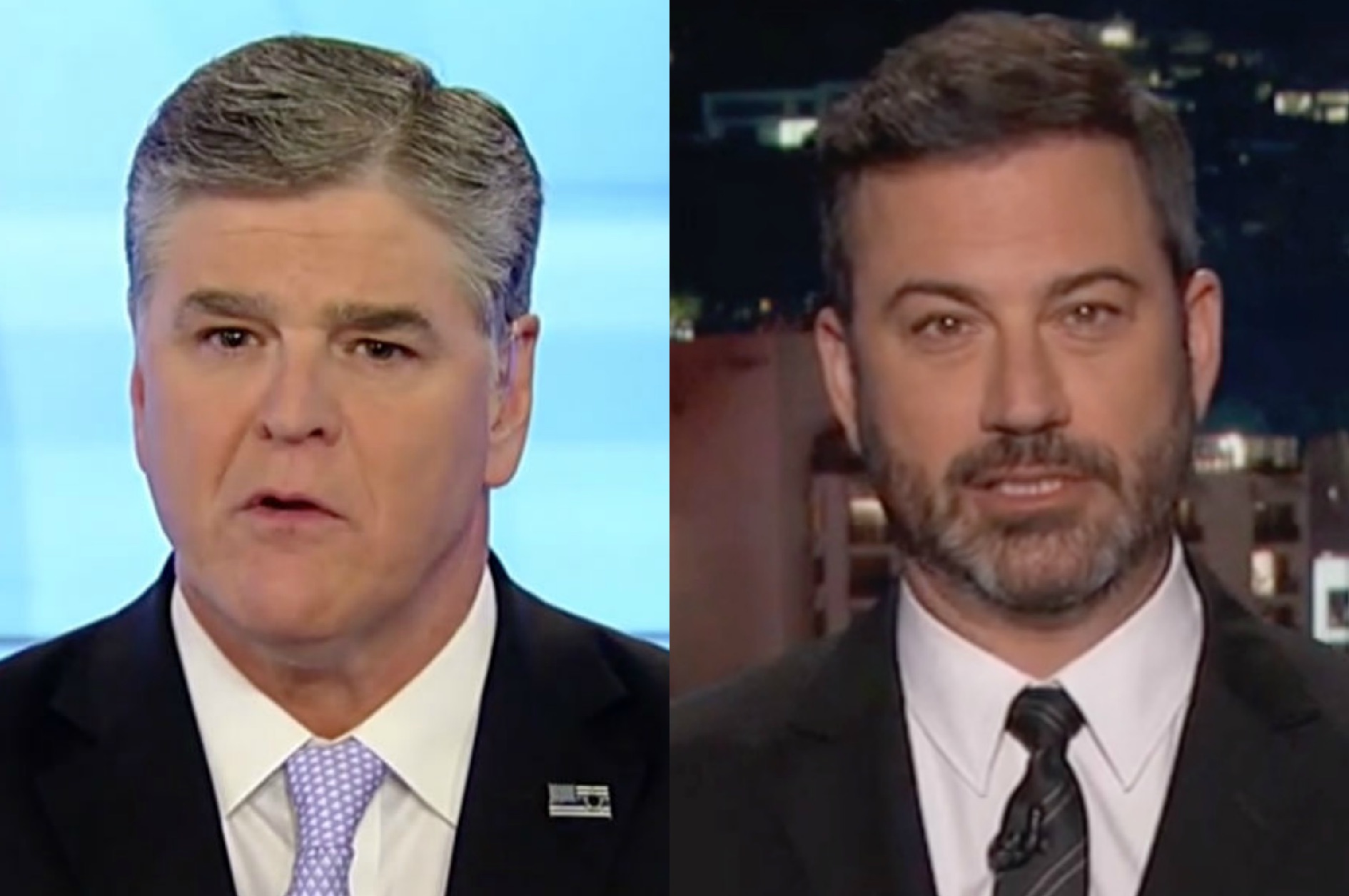 Things are getting very ugly between Sean Hannity and Jimmy Kimmel.

The feud began when Hannity went after the late night comedian for mocking First Lady Melania Trump‘s accent at the White House Easter Egg Roll by calling him a “despicable disgrace” and an “ass clown.”

Kimmel then fired back on Thursday night insisting that if he’s the “ass clown,” then Hannity is the “whole ass circus.” He also accused Hannity of “having an erection” since President Donald Trump’s election in November 2016.

Now the Fox News host is blasting Kimmel on Twitter.

This is ABC’s @jimmykimmel aka Harvey Weinstein Jr. Asking 18 year old girls to grab his crotch and “put their mouth on it”. Jimmy that’s you being a pervert asshole. How would you feel if that was your daughter? I bet @Disney is so proud. https://t.co/o7ydG72Pzc

Hannity called Kimmel “Harvey Weinstein Jr” and shared an old clip of him from The Man Show that resurfaced in the wake of the Harvey Weinstein scandal, in which Kimmel had young women guess what was in his pants with their hands.

“That’s you being a perverted asshole,” Hannity told Kimmel. “How would you feel if that was your daughter? I bet Disney is so proud.”

He followed up that tweet by mocking “Mr. Morality” and sharing another unflattering clip from The Man Show.

Also @jimmykimmel attacking @MELANIATRUMP while reading a book to kids? What happened to “Mr Morality”? Attacking a woman who is helping children? This is @Disney? #pervertkimmel https://t.co/o7ydG72Pzc

And based on Hannity’s last tweet, expect this feud to continue.

UPDATE 1:10 a.m. EST: It appears Kimmel is already reacting to Hannity’s tweets — and they even had a little exchange.

Game on….. Oh ask the boss @Disney Bob about the conversation we had about you. Best Sean #pervertkimmel https://t.co/9W04t4J8Ak