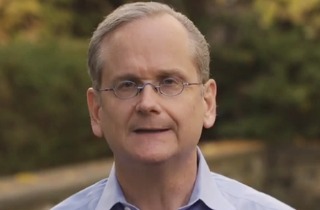 Lawrence Lessig’s standing in the world of legal and constitutional theory presents a bit of a conundrum. The Harvard Law Professor is a highly regarded legal mind and scholar but as a proponent of largely progressive positions, he is often disregarded by his political opponents.

So his recent posting in which he postulates how Hillary Clinton could be named president during this term has something for everyone: Clinton supporters still aggrieved about “what happened” in the 2016 general election will love this hypothesis, while conservatives will see it as a quixotic and delusional scenario that will likely never ever see the light of day.

Lessig’s post opens with the unchallenged assertion of rumors in the “chatterati” that Special Counsel Robert Mueller is ostensibly very close to making charges of collusion between the Trump campaign and Russia intelligence operators eager to see Trump become elected.

There’s a bunch of chatter about imminent action by the special prosecutor. Some of that chatter suggests evidence of a real tie with Russia during the election. By “real tie” I mean more than that the Russians tried to help. A “real tie” would be real evidence of a conspiracy between the Trump campaign and Russia.

Lessig then follows with an interesting thought experiment based on  what is clearly wishful thinking from the progressive circles that this post was trending. This post is entirely predicated on an assumption that there is clear and damning evidence that Donald Trump and Mike Pence were elected due to treasonous assistance by a foreign entity, of which, Lessig makes clear he has not yet seen any evidence .Because both were elected fraudulently, Lessig suggests, both resign or get impeached.

So how do we get to President Hillary Clinton? WELL, Since House Speaker Paul Ryan is next in line, Lessig believes that a now President Ryan would do the right thing and name as his Vice President the individual who was denied the presidency as a result of the proven collusion that started the whole thought exercise. Oh and for good measure, Mr. Ryan would immediately step down as president, allowing former Secretary Clinton her rightful place in the White House, because of course, Paul Ryan. #HesWithHer, right? Right.

As thought exercises go, this is an interesting one. But it actually coming to fruition is no more likely than Ms. Clinton coming across an undiscovered windmill hidden in the backwoods of Ward Pound Ridge ( where she might go hiking near her Chappaqua home) armed with a lance for tilting.

Ed note — this post has been updated since posting to more accurately portray Lessig’s position.