If The Media Wants to Refute Trump’s Falsehoods, It Has to Stop Reporting Faulty Bombshells
Opinion

If The Media Wants to Refute Trump’s Falsehoods, It Has to Stop Reporting Faulty Bombshells 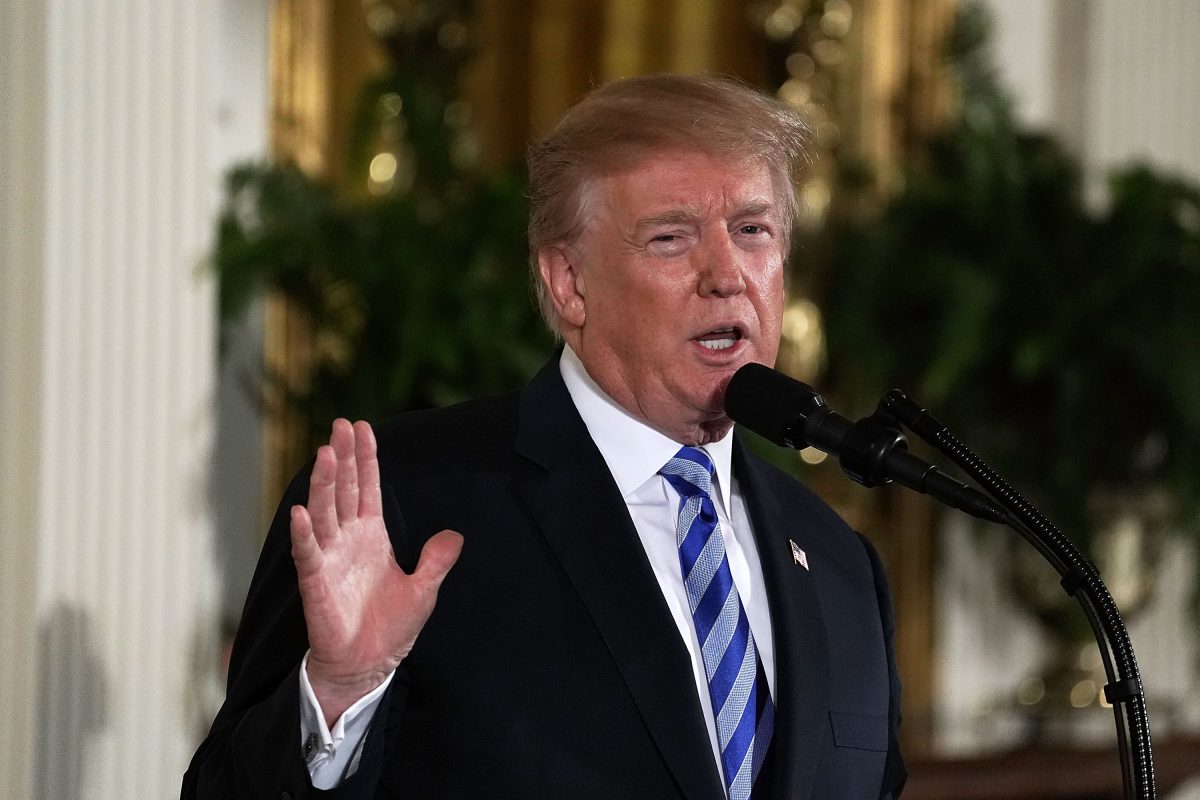 President Trump has a complicated relationship with the truth. From crowd sizes to voter fraud, from birtherism to accusing President Obama of wiretapping him to dismissing accurate reports about imminent staffing shakeups, Trump has gotten away with most if not all of his fibs and falsehoods so far in his presidency are because his supporters frankly don’t care about them — and they’ve largely been inconsequential.

Well, now that could change thanks to Rudy Giuliani.

The former NYC mayor, who recently joined Trump’s legal team, made a stunning admission to Sean Hannity that Trump reimbursed Michael Cohen after his personal attorney paid $13o,ooo to Stormy Daniels during the election in order to keep her quiet about her alleged affair with the then-candidate. Why it became the biggest headline the next day was because the president told the press last month that he knew nothing about the payment and that they should ask Cohen about it. Giuliani attempted to do damage control by insisting that while did in fact reimburse Cohen, he “didn’t know” what the money was used for and that they were only called “expenses.”

Sure, that explanation could be possible, but it’s very, very unlikely, which means there’s a strong likelihood that Trump knowingly mislead the American people. What’s so ironic is that had Trump been more forthcoming about his reported relationship with Daniels, it would probably make little to no impact to his popularity whatsoever. Nearly every person in this country knows that Trump isn’t exactly Husband of the Year and the vast majority of those who voted for Trump knew what they were getting when they elected him. That being said, his constant reality-bending is a problem, specifically when his false statements are closely tied to ongoing investigations like the probe looking into this 2016 financial transaction.

Whether or not Trump knew about the payment at the time can impact the legality of the it, particularly in relation to campaign finance laws. And because the Russian collusion narrative has been largely weakened due to a lack of fresh evidence, and because the obstruction of justice narrative is thin, the left is now hoping that the Stormy Daniels controversy is what ultimately takes Trump down.

Last week was the White House Correspondents’ Dinner, an annual event that’s supposed to “celebrate” the First Amendment. Putting aside all the oxygen comedian Michelle Wolf took for her monologue, the media patted itself on the back for their integral role in the Trump era as they fight off being labeled as “fake news” by Trump and his supporters.

Unfortunately for them, they handed Team Trump a lot of ammunition this week not just for the dinner itself, but for a bombshell report that dropped on Thursday.

NBC News reported that federal investigators wiretapped Cohen’s phone lines leading up to the raids the FBI conducted on his home and office in April. Clearly, such news could rattle Trump and his legal team, given the assumption their communications for several weeks if not months could have been monitored.

That report, however, turned out to be false. NBC News made a major correction early Thursday evening that instead of being wiretapped, federal investigators had a “pen register” that essentially logged Cohen’s phone calls, some of which were between his office and the White House, without actually obtaining the content of those calls.

This obviously isn’t the first time a major news outlet botched a huge news story. ABC News reported backed December that Trump ordered Gen. Michael Flynn to reach out to Russia during the election, a bombshell so big that it caused the DOW to drop more than 350 points. They later issued a “clarification” that the outreach took place during the transition period and not the campaign. A week later, CNN reported that Donald Trump Jr. was in contact with WikiLeaks before they leaked the DNC’s hacked emails, but offered a “correction” that the email in question was sent after the leak had already been published. And in March, ProPublica reported that Trump’s nominee to head the CIA Gina Haspel oversaw the waterboarding of a suspected terrorist at a “black site” in Thailand, a story that Sen. Rand Paul (R-KY) used to blast her and as the catalyst to not support her nomination in the Senate. They later retracted the report, clarifying that Haspel took over after that particular instance of waterboarding took place.

There seems to be this mentality in the media that it’s better to “be first” than “be right.” And when it comes to these botched stories, news outlets tend to rush them, especially if it portrays the Trump presidency in a negative light. You never hear ABC News, CNN, or The New York Times, issuing corrections on stories that accidentally gave Trump too much praise. It’s always rather the opposite.

It’s unfair to expect a perfect track record from all media outlets. Mistakes happen and when they do, they’re usually addressed promptly. The problem here is that in the ongoing feud between Trump and the media, the stakes are simply too high for them to mess up this badly. These inaccurate “bombshells,” which appear to be the consequence of hasty reporting and insufficient vetting of sources, can have real-life consequences. One caused the stock market to tank while another may have prevented the confirmation of a cabinet member.

Distrust in the media has existed long before Trump has been in politics, but it wasn’t until he ran for president that he so potently exploited the American people’s skepticism and animosity towards the press. When the media expresses bias and hostility towards him — like what took place at the WHCD — or when they stumble over themselves with an inaccurate reports, they needlessly hand the president victories. And if we want Trump to be held accountable for the falsehoods he makes on a constant basis, then the media cannot continue to use sloppy vetting on major bombshells — it must maintain itself to the highest standards.