Is Piers Morgan Getting Dragged Into UK Phone Hacking Scandal? 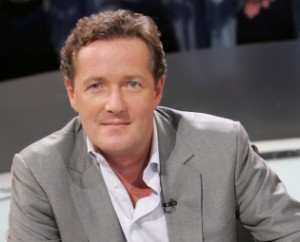 (UPDATED BELOW) Before he worked at CNN, Piers Morgan worked in the British tabloid industry. In 1994, Rupert Murdoch gave him a job as editor of News of the World, a paper you might be familiar with if you’ve seen the news in the past week. After a year at that paper, Morgan left for rival magazine The Daily Mirror. He worked at that paper until 2004, when the paper admitted the pictures it ran of British soldiers abusing an Iraqi civilian were faked and Morgan was fired from his position.

Well, now that one of the biggest stories continues to be corruption in the British press, it was only a matter of time before Morgan’s name was dragged into the conversation. But it seems that Morgan’s term at the Mirror was tarred with the same scandal that the News of the World did.

Both the News of the World and the Mirror hired a private investigator named Jonathan Rees to get juicy information for stories. Rees paid off police officers in exchange for confidential records, and served six years in jail after being arrested in 1999 for attempting to frame an innocent woman with cocaine possession. After being released from jail, Rees went right back to working for the News of the World. (Fun fact about Rees: he was charged earlier this year with involvement in the axe murder of his former business partner Danny Morgan. Rees was eventually acquitted.)

Remember, Rees was allegedly working for the Mirror at the time when Morgan was the editor, so it is possible Morgan knew what Rees was up to and did not say anything about it. However, earlier today a British political blogger published a story that, if true, could prove to be more damaging to Morgan.

Blogger Paul Staines, under the pseudonym Guido Fawkes, ran a post on his website today alleging that a award-winning story of an affair between Swedish television presenter Ulrika Jonsson and football manager Sven-Göran Eriksson was obtained through phone hacking, and Morgan knew about it.

James “Scottie” Scott, the Daily Mirror’s showbiz reporter at the time, was listening into Ulrika Jonsson’s voicemails when he was flummoxed by messages in her native Swedish. As fortune would have it, he was able to get a half-Swedish Mirror secretary to translate the mysterious voicemails. It was clear from the translations that the couple were having an affair. The male voice sounded just like the then England football manager Sven Goran Eriksson. The paper put the allegation to the sexy Swedish shaggers and they coughed to the truth of the allegation. It broke on the [sic] April 19, 2002.

The paper’s editor at the time, one Piers Morgan, was receiving flak for the fact that his 3AM Girls gossip section was dire rubbish and lacked any bite compared to Morgan’s old Bizarre column in News International’s Sun. Morgan decided to let 3AM Girl Jessica Callan break the illegally obtained story under her byline in order to try and rid the column of its banal reputation.

Whether or not these allegations are true, with all the focus on news organizations engaging in these seedy practices, this is one story people are going to keep talking about until the matter is pursued by the press.

UPDATE: Regarding the claims against the Mirror, last week the paper issued the following statement about claims of phone hacking:

Trinity Mirror’s position is clear. Our journalists work within the criminal law and the PCC code of conduct.

And appearing on The Talk yesterday, Morgan denied knowledge of any phone hacking that took place at any of the tabloids he worked at during his career.