Is That Cute Kid Trump Met at the White House Today Making the Pepe Symbol?
video

Is That Cute Kid Trump Met at the White House Today Making the Pepe Symbol?

President Donald Trump on Tuesday took time away from berating his staff and making wiretapping claims to drop in on a group of visiting students from Birmingham Alabama’s Briarwood Christian School who were taking a tour of the White House.

Things stayed pretty on script as Trump invited a 10-year-old to pose with him for the cameras. The touching moment was captured in a brief video posted to CSPAN, which ultimately made its way to their Twitter account. 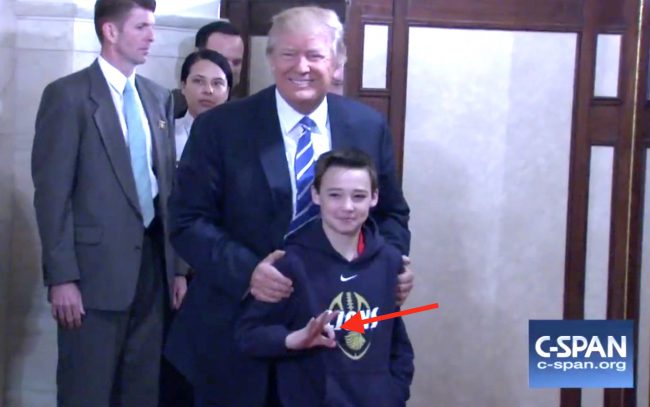 Largely unnoticed, however, was a curious hand gesture made by the 10-year-old toward the end of the footage. In a simpler time, the gesture could have been written off as an “ok” symbol… but not today. The hand movement bears a striking similarity to one that has often been made by the ultimate Trump meme warrior, Pepe the Frog. 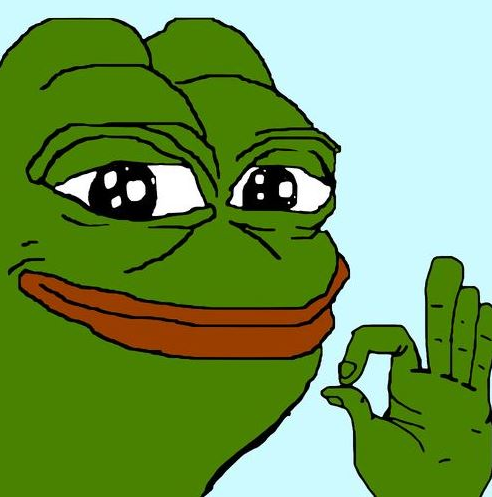 The animated frog reached near mythical status during the 2016 campaign, earning a special condemnation from Hillary Clinton and hate symbol status from the Anti-Defamation League.

While Pepe’s prominence waned after the election, he is still regularly invoked by provocative right wing pundits. The Gateway Pundit‘s Jim Hoft and Lucian Wintrich, for example, recently flashed the gesture from the White House briefing room, prompting Media Matters to once again remind everyone that it was a “hand signal associated with the racist ‘Pepe’ meme.”

It’s also worth noting that the gesture is widely used by President Trump himself and that the young man may have just been trying to emulate the President of the United States.

Watch the video above.