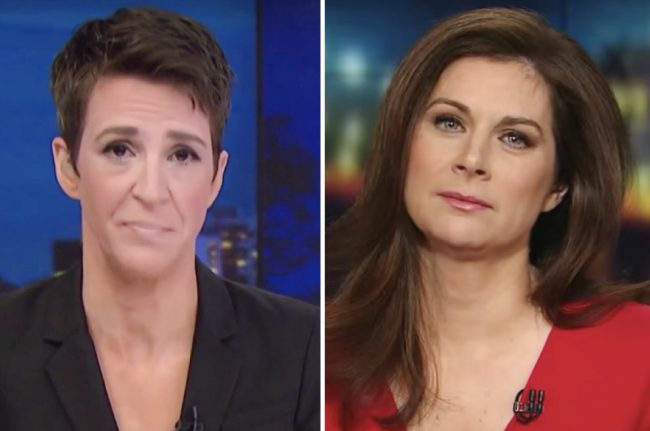 The song remains the same.

Fox News once again dominated across the board in the Tuesday ratings. The perennial cable news ratings leader scored on Tuesday with yet another victory in total day and primetime viewership.

Overall, approximately 3.21 million viewers watched Fox News in primetime, along with 652,000 viewers in the advertiser-coveted adults 25-54 demographic. MSNBC placed second in both categories, with roughly 2.29 million overall and 484,000 in the demo. CNN was third with approximately 1.08 million total, and 394,000 25-54.

Fox carried the night thanks to the customary strong performances from Sean Hannity and Tucker Carlson. The former was No. 1 with 3.48 million overall and 701,000 in the key demo. Carlson was just a tick behind with 3.24 million and 700,000 in the demo.

Rachel Maddow posted a strong third place in the 25-54 category on Tuesday night. The 9 PM MSNBC star pulled down 572,000 viewers in the demo. She added a solid 2.73 million overall.

Erin Burnett: OutFront stumbled a bit in the total viewers category on Tuesday. The 7 PM hour on CNN drew 936,000 total viewers — lagging well behind its competitors. However, the show did perform solidly in the demo — finishing second with 356,000 25-54 viewers.