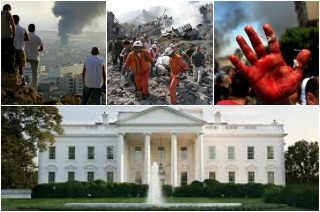 The always volatile Middle East is again in flames. Tensions have spiraled out of control and are now engulfing the region in a rapidly expanding crisis — one which threatens to draw in the United States. As the death toll climbs, the media has taken sides. Largely, the press sees the president as complicit in the crisis if only because of his disengagement. Barack Obama and 2013’s Egypt and Syria? No. George W. Bush and 2006’s Lebanon and Iraq.

President Barack Obama’s relative detachment from the rapidly accelerating crisis in Egypt is perfectly justifiable. His administration’s policy, to maintain relations with Egypt’s Army by safeguarding American financial aid, is the correct course – in spite of the objections from those on the right and the left disturbed by the appearance of Washington’s support for the bloody crackdown on Muslim Brotherhood supporters. Some in the media have expressed dismay over America’s position on what bears increasing resemblance to a brewing civil war in Egypt, but most have remained silent. They say, correctly, that the president has few options for addressing this crisis. The same is often said of America’s options – or lack thereof — in Syria, where a more than 2-year-old war has claimed over 100,000 civilian lives.

But this was not the majority point of view the last time the Middle East erupted in crisis. Then, when another president served as the executor of American national interests abroad, many in the media and the political class saw Bush’s disengagement as exacerbating an already disastrous situation on the Mediterranean.

“I’m very worried that we’re at a crossroads and we’re not going to take the right turn here,” former Secretary of State Madeline Albright told ABC’s This Week anchor, George Stephanopoulos, in July of 2006. “I still do think that we actually need to be more involved. And I wish that the secretary had announced that she was leaving.”

Albright expressed her frustration over the fact that then Secretary of State Condoleezza Rice did not abandon an ongoing G8 summit in St. Petersburg, Russia, and depart directly for Israel. There, Israeli Defense Forces had invaded southern Lebanon to clear out Hezbollah strongholds where an alarming number of rockets were raining down on Israeli territory.

“Iraq has diverted everybody’s attention from really looking at a whole host of other issues,” Albright said. “I think that it’s very hard to say that [the Iraq war] has not made it worse. … It is absolutely clear that it has made it worse.”

“I believe that it’s not possible for the U.S. to get over-involved,” former President Bill Clinton’s chief diplomat declared.

Writing in the New York Times, Roger Cohen picked up on Albright’s theme.

“The problem with disengagement is that the people and problems left behind do not go away,” Cohen wrote. “As a policy, it may offer a palliative, but never a resolution. The price of various forms of American and Israeli disengagement has become evident in recent days as the Middle East has stumbled toward regional conflict.”

“Saying something often does not make it any truer,” Cohen added, dismissing Bush’s perfunctory nod toward a two-state solution in Israel. “The fact is there has been no real vision for Middle East peace emanating from the Bush White House, and little suggestion peace is achievable.”

What Albright and Cohen hinted at, Salon’s Gary Kamiya stated outright: the Bush administration’s failure to reengage in the hamster wheel that is the peace process between Israelis and Palestinians led directly to the contest in southern Lebanon. As of this writing, none in the media have drawn the obvious connection between President Obama’s arguably ill-timed decision to insist that “we don’t consider” Egypt an ally of the U.S. under former President Hosni Mubarak led to this week’s events.

“Middle East politics is a complex and tangled ball, but when you pull on virtually any strand, you discover it is connected to the Israeli-Palestinian crisis,” Kamiya wrote, displaying a nearly religious devotion to the consecrated principle that an independent Palestine would result in a golden age of peace in the region. “Solving that crisis has always been in our long-term self-interest. But because America is now enmeshed in the Middle East, the self-interest is more urgent”

“Outside of Iraq, a problem we chose to create, almost every problem America faces in the Middle East ultimately has all or some of its roots in Palestine,” he continued. “Everywhere Bush turns, as he tries to salvage something from the ruins of his Mideast policy, he runs up against the Palestinian issue.”

Given the fact that “America’s standing in the Middle East at an all-time low,” (an even truer reality today than it was in the Bush-era) Kamiya argued with wide-eyed naiveté that Democrats can force the president to impose peace on the Israelis and the Palestinians. Today, none have displayed this level of delusion about the capabilities at President Obama disposal to deal with the butchery in Egypt and Syria.

In the Seattle Times, columnist Jim Compton let loose a tirade over what chaos Bush’s foreign policy had wrought, and how the president should engage in the region in order to end it.

“The tragedy of the current bloodshed in Lebanon is that it might have been prevented — or stopped — by the United States, if we were not hopelessly mired in Iraq,” Compton wrote. “American swagger has produced American paralysis.”

“George Bush’s Iraq adventure has paralyzed our nation in the Mideast, and scuttled four decades of American efforts to be the moderate peacemaking force in the world’s most-volatile region,” Compton added amid what was clearly a moment of pique.

To their credit, some (like Mark Halperin writing for ABC News) acknowledged that Bush had “no good options” for dealing with the crisis in Lebanon. Halperin observed that the hands-off course Bush was taking, while suboptimal, was the only one available. This is the dominant opinion of media elites today when they ask themselves what Obama’s proper course of action is today with the Middle East in flames. While the president had the ability to stave off these duel crises in the Middle East before events spiraled out of control, that time has long since passed. But while presidential disengagement is excusable today, it was a far greater sin when it was Bush doing the disengaging.