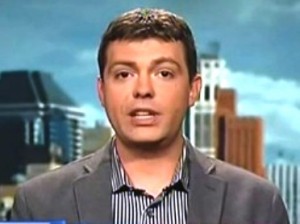 Mediaite’s Noah Rothman joined conservative radio host Hugh Hewitt on Thursday to recap the media’s coverage of the government shutdown. Rothman said that even though the media kept going on about moving on from the shutdown to talk about Obamacare, they really do not want to do that, so it’s back to Republican-bashing for them.

Hewitt found it beyond absurd that President Obama used his post-shutdown speech to denounce all the heated rhetoric “when his administration took it to a basement level never before gotten to.” Rothman agreed that it’s “funny” how Obama “pretends to be really high and mighty and above it” after weeks of heated rhetoric from him and people around him.

They also tore into MSNBC’s Martin Bashir for calling Ted Cruz the “David Koresh of the Republican party”, and then Rothman brought up one teeny detail the media has conveniently blacked out on: during the shutdown many news anchors and pundits said the GOP should end the shutdown and then all the focus would be back on Obamacare again. Except…

Rothman and Hewitt agreed that National Review‘s Robert Costa did an excellent job of covering the shutdown, and credited CNN’s Jake Tapper for going live at 11 P.M. almost every day covering the latest shutdown news.

Listen to the audio below, via The Hugh Hewitt Show: