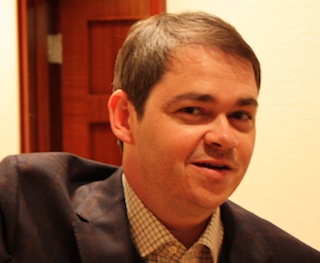 Yesterday, Mediaite’s Tommy Christopher was a guest on Geraldo Rivera’s radio show to discuss the media’s coverage of the Trayvon Martin killing. Christopher reviewed how he thought news had done in following the story, giving the media a good grade overall. And he debated a caller who strongly disagreed, claiming that the mainstream media had tried to whitewash a boy whom the caller insisted was “a thug.”

First though, Christopher talked to Rivera. The host asked him why he thought the story had caught on so strongly with the public, whether it had some kind of societal significance or if it was just “a good yarn” like other famous crimes including the Casey Anthony trial. Christopher theorized that the story got so big because, at first, it was something everyone could agree with. Presented with the simple facts that an unarmed boy had been shot by a man who then wasn’t arrested, many instantly saw it as a horrible case of injustice. However, Christopher argued, it was the moment when President Obama commented on the situation that many in the conservative media turned on the story, presenting it as a partisan issue.

Things got more contentious when Rivera went to the phones. A caller, Frank, latched onto the fact that Christopher had described the public’s initial sympathy for an “angel-faced kid” and began asking why the media didn’t run a different, more recent picture of him. Christopher explained that that’s just not how things are done in any case.

CALLER: No, no, exactly. But they put in this nice, as you said, ‘angelic-faced kid’ but in reality, to me, I think this guy was a thug.

Christopher confronted him, asking him why he thought Martin was “a thug.” Rivera stopped them before they could debate the details of the fateful night itself, turning the conversation back to the media. The caller greatly disagreed with Christopher’s assertion that the media had done a good job in covering the story, using the NBC editing situation as an example. However, Christopher argued that networks had responded to the conservative backlash, giving full analyses of every element of the story like the way CNN had multiple audio experts analyze Zimmerman’s 911 call.

In the end, Christopher said that it was an important story for the media to cover, pointing out just how transfixed the black community has been.

CHRISTOPHER: Part of what people misunderstand about journalism is that our job is not to give people what they want necessarily. So whether or not people want to hear about this case, when we decide whether we’re going to cover it, there are other factors we have to consider in what’s important and why it’s important. The fact that such a large number of black people are interested in this case should say something about that. It should say something about the choice we’re making in continuing to cover it.

Listen to the segment from ABC radio below: