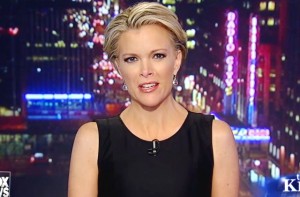 On the heels of news that Megyn Kelly is considering leaving Fox News when her contract runs out, MSNBC host Joe Scarborough has penned a condescending and, frankly, insulting advice column for the Fox News star that is essentially a thin excuse to take shots at former Fox Newser Glenn Beck. Scarborough’s premise is that Kelly should call Beck before she makes her decision, because Beck’s career has been such a trainwreck since he left Fox:

After leaving Fox News in 2011, Beck quickly expanded TheBlaze into a multimedia platform. By 2012, he had signed a deal with Dish TV and reached into over 10 million homes. By 2013, he had expanded his operations in New York and bought a massive facility in Dallas. But the further he moved away from the shadow of the News Corp. empire, the less relevant he became.

Fast forward five years from his Fox News departure and ask yourself when the last time it was you saw a Glenn Beck show on TV, read about him in the newspaper or heard political commentators even discuss his name in a political debate. Other than a brief sighting in Iowa in February, Beck has been largely irrelevant to the 2016 campaign. That may be, in large part, because his business has fallen apart since Beck left Fox News.

Scarborough is only completely wrong on every count. Beck’s businesses may well be having trouble turning a profit, just as Fox News also swam in a sea of red ink for its first five years, but that’s no barometer of Beck’s influence. As Scarborough notes, his audience reach is enormous, his website TheBlaze is required reading for people who read conservative blogs (ie, no one Scarborough knows), and he has, in fact, been welcomed by the networks with open arms as a frequent and vocal Ted Cruz surrogate this election.

As for Megyn Kelly, comparing her with Glenn Beck is like comparing the Redwood Forrest with survival seeds. She’s an enormously well-respected journalist with star wattage that would blow fuses at MSNBC, and she could probably double her salary with a cushy morning show job at any one of the broadcast networks, or write whatever she wanted on her ticket. Beck’s success and influence are personality-driven, whereas Kelly’s is founded on a rock-solid base of intelligence, education, and skill.

Megyn Kelly wasn’t really the point of this piece, anyway, but it’s also something of an insult to Kelly for Scarborough to be offering her advice at all. Despite his show’s considerable influence, Megyn Kelly has more viewers go to the bathroom during commercial breaks than Scarborough has during his entire three-hour show. Maybe he ought to be calling Megyn for advice.