Mike Huckabee: Without Fox News, Americans ‘Will Assume That Obama Really Is Doing A Great Job’ 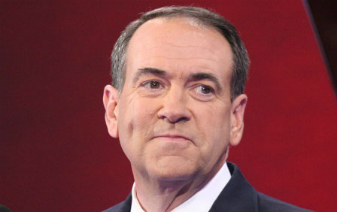 On his radio show Monday morning, former Arkansas Governor and current Fox News host Mike Huckabee suggested that without Fox News acting to balance out the “mainstream media,” most people “will assume that Obama really is just doing a great job.”

The former governor criticized Fox News’ competitors: “If people only watch the three big networks and BS-NBC, as I like to call them — MSNBC — if they watch BS-NBC and the three networks, then I think sometimes we may be kidding ourselves because a lot of people will assume that Obama really is just doing a great job and he just can’t get those crazy Republicans to help him out.”

Huckabee suggested his network and conservative talk radio act as counterweights to that positive coverage of the president: “I think a lot of people, if all they do is listen to conservative talk radio and maybe watch Fox News, they assume that all of America is getting what I would call at least a balanced approach to understanding that there are a lot of real problems going on that Obama could do better on.”

Liberal blogs take this as an unwitting admission that Fox News is the anti-Obama arm of the media, but Huckabee’s point was a bit more nuanced than that: he is right in that Fox News’ right-leaning commentary developed as a counterweight to a mainstream press that had long been seen as dominantly left-leaning. But the problem now, of course, is that cable news has developed into something of an “echo chamber,” where people tune in to the station that will confirm the viewer’s own biases. For generally favorable coverage of the administration, you can rely on one network, and for less favorable coverage, the other.

Huckabee’s comments may remind people of the recent Fox & Friends debacle, in which the morning show twice ran and praised an openly anti-Obama “ad” conceived and produced by Fox staff.