Must Reads: Why Are New Ventures From Ezra Klein and Nate Silver Under Fire?
MUST READS

Must Reads: Why Are New Ventures From Ezra Klein and Nate Silver Under Fire? 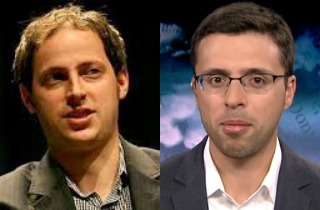 Every a.m., Mediaite publishes a primer of what the interweb machine is writing, talking, tweeting, and blogging about, so that you may fool friends and family into thinking you are a trove of information and insight. Today: criticism is growing around the high-profile journalism startups — especially Nate Silver’s 538, which launched Monday, and Ezra Klein’s still-in-the-wrapping Vox — as writers have called into question everything from their data-driven approach to the diversity of their hires.

“The Emptiness of Data Journalism” (Leon Weiseltier, The New Republic)

“This evidentiary foundation may include quantitative measurements; but only if such measurements are appropriate to the particular subject about which a particular judgment is being made. The assumption that it is appropriate to all subjects and all judgments—this auctoritas ex numero—is not at all obvious. Many of the issues that we debate are not issues of fact but issues of value. There is no numerical answer to the question of whether men should be allowed to marry men, and the question of whether the government should help the weak, and the question of whether we should intervene against genocide. And so the intimidation by quantification practiced by Silver and the other data mullahs must be resisted. Up with the facts! Down with the cult of facts!

Krugman, with trademark pithiness, says Silver et al have correctly felt the importance of data without identifying its use(s):

“What worries me, based on what we’ve seen so far — which isn’t much, but shouldn’t the site have debuted with a bang? — is that it looks as if the Silverites have misunderstood their mission…Tell me something meaningful! Tell me why the data matter!”

“What Data-Driven Journalism Can Tell Us About Culture, and Life” (Alyssa Rosenberg, Washington Post)

OTOH, Alyssa Rosenberg, newly of the Washington Post, defends a more tailored data approach, in which data gathering and analysis play a crucial (but contextually-warranted) role in upending lazy myths and demagogic half-truths:

Data journalism can be useful in telling us both who we are and what we are not. And when it comes to “Life” and however else Vox, First Look and other FiveThirtyEight counterparts define their culture, style and health coverage, the best journalism of this ilk can use data to determine which lies we are telling ourselves, which truths we want to conceal and then marry the numbers to reporting and analysis to tell us why they both matter.

Vox likely thought that by hiring Ambrosino, the outlet would be introducing a brash, unconventional new voice to a broader audience. I understand the desire to explore exciting and avant-garde ideas. But Ambrosino’s ideas are not brash, unconventional, exciting, or avant-garde. They are reckless, retrograde, and vapid—and hiring Ambrosino reflects startlingly bad, potentially catastrophic judgment by Vox.

RELATED: “The Week That Everybody Hated Vox” (Dave Weigel, Slate)

Klein’s not alone in drawing criticism over early hires. Wednesday morning, ThinkProgress took aim at one of 538’s contributing science writers and his “confusionist views on climate science.”

“Journalism Startups Aren’t a Revolution if They’re Filled with All These White Men” (Emily Bell, Guardian)

That’s all criticism of individual hires. The Guardian’s Emily Bell goes big picture about the lack of diversity in the newsrooms, which thus far seem chock full of white men:

“It is as if Arianna Huffington never happened. Or as if diversity of leadership and ownership did not really matter, as long as the data-driven, responsively designed new news becomes a radical and successful enough departure from the drab anecdote laden guff put out by those other men.

[snip] “Remaking journalism in its own image, only with better hair and tighter clothes, is not a revolution, or even an evolution. It is a repackaging of the status quo with a very nice clubhouse attached. A revolution calls for a regime change of more significant depth.”