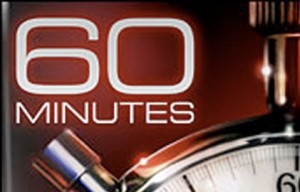 Vanity Fair is reporting that a poll they’ve done in conjunction with 60 Minutes has 50% of those responding claiming they would support an openly gay president. The poll was conducted by the CBS News interviewing facility and used 967 randomly selected adults contacted by telephone. The people polled were asked if they would support openly gay people in a number of positions from Supreme Court Justice to Super Bowl quarterback.

While it’s not the majority, 50% is a pretty high number. So should we celebrate this as a big win for civil rights in America? Well, maybe not. A CNN/Opinion Research Corporation poll recently asked Americans the question “Do you personally think that homosexual relationships between consenting adults is morally wrong, or not a moral issue?” and 48% answered “Morally Wrong”. At first glance, it might seem like a shift in opinion. However, the CNN poll was held only two weeks before the Vanity Fair one (February 12-15 compared to February 26-March 1) and that would be a pretty big shift in the normally glacial-speed progression of civil rights.

There are a few ways to interpret these results. First, we could assume that one of the polling companies is better at random samples than the other. Secondly, we could decide that all polls are inherently faulty and should never be looked at as fact. Or finally, we can just imagine that there are a bunch of Americans out there who feel that all politicians are “morally wrong” to begin with and it’s silly to nitpick which sins are acceptable.

Conflict or not, both polls show some interesting data.