Rothman: Obama Breaks Glass on Chris Matthews: The Latest in a String of Panicky Decisions

Rothman: Obama Breaks Glass on Chris Matthews: The Latest in a String of Panicky Decisions 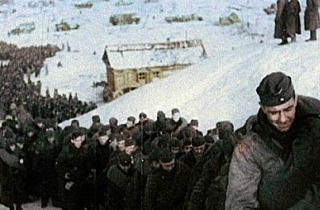 For years, MSNBC host Chris Matthews has been sitting patiently behind the emergency glass waiting for President Barack Obama to come wildly swinging the ax of panic. As recently as August, Matthews cited Obama’s careful avoidance of the network, which just last month was forced to discipline two hosts for conduct so indefensible they could not continue to represent MSNBC, as an indication of his and his colleagues’ neutrality. On Tuesday, the air raid sirens blared and the president came screaming out of the fog begging for aid. Matthews’ interview with the President of the United States will air on Thursday.

This is just the latest in a recent spate of poorly conceived, ill-timed strategic decisions this White House has made since the end of the government shutdown and the cosmic implosion of the Affordable Care Act. The political identity of Democrats – both in the grassroots and in Congress – is so inexorably tied to the ACA that they cannot abide the level of negative press this law has received continually since mid-October. The party’s left-wing, besieged and disoriented, is dragging the president by the nose into one bad move after the next.

This phenomenon has been evident for nearly six weeks. Since the avalanche of bad press began to entomb the ACA in posterity’s rebuke, the president and his allies have engaged only in short-term thinking and damage mitigation.

By October 21, just days after the government shutdown ended, it had become apparent to all observers that the ACA’s early implementation was simply disastrous. The federal insurance exchange website was an abject failure and successive waves of insurance policy cancellations had already created an atmosphere of crisis in the political press. Lawmakers had begun to abandon the president, calling for changes to the ACA that could threaten its financial viability.

Pressed into action, and against all better judgment, the president delivered a Rose Garden address designed to shore up support for the ACA. The results were spectacularly embarrassing. Twice, Obama told viewers to call a 1-800 number in order to get around the broken website. Subsequent fact-checking revealed that the call center was no help at all; its operators were still required to enter the information they collected from users into a broken web portal. Of the 13 ostensible ACA beneficiaries that flanked Obama, only three had been able to sign up for private insurance through the exchanges.

In November, as polling showed that even rank-and-file Democrats were losing the will to continue to publically support the law, the president’s party in the Senate pushed the button on the “nuclear option.” The president knew that sound bites of both himself and his vice president would emerge from 2005 in which they savaged Republicans for considering the very same option they had just embraced as an affront to America’s democratic tradition. The White House was aware that, amid a credibility crisis, this move would only exacerbate the poisonous condition of a public which no longer trusts their president. No matter. A weeks-long defensive crouch had become intolerable for Democrats. The party’s left-wing demanded action, any action.

This brings us to today. Late Monday night, the president announced that he and other Democrats would be mounting a daily campaign to attract users to the ACA website which, after nearly a month of triage, NBC News’ Chuck Todd charitably described as “workable.” But it is not workable. A story gracing the front page of the Washington Post on Tuesday detailed how the backend of the site continues to be plagued by serious errors, including the fact that up to one third of users who believe they have applied for private insurance will discover in January that they have not.

Again, no matter. The crisis that these errors will create in January is January’s problem. Today’s crisis, one of internal cohesion within the Democratic Party, is more acute. The left demands that caution be abandoned in favor of a hollow display of force.

These panic-inspired offensive operations against ACA opponents are not designed to achieve any strategic objective. They are politically inspired and are aimed at achieving a political goal. Each has had the temporary effect of increasing Democratic unity, but the president cannot overcome the static conditions of the terrain on which they are fighting. The underlying problems associated with the ACA are fracturing the Democratic Party. So long as the ACA remains unreformed, the Democrats are in a losing position.

This White House’s transparently toothless maneuvering is not coming from a position of strength. Republicans and the public at large see this. When Democrats finally come to the same conclusion, their position will be dramatically weaker than it even is today.