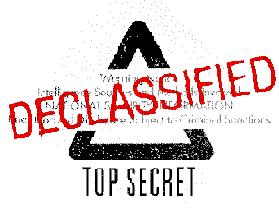 Past is prologue, as they say. Yesterday the U.S. Senate Foreign Relations Committee released over 1,000 pages of declassified committee transcripts from 1968 in which committee members, frustrated with the Vietnam War and increasingly suspicious of the circumstances under which they voted to allow an escalation of that war, vented and debated launching a potentially damning investigation into the Gulf of Tonkin Incident.

The Gulf of Tonkin Incident, if you are in need of a brush-up, refers to a series of naval engagements between the U.S. Navy and North Vietnam in August 1964, reports of which had been falsified (though not for political purposes). However, in a manner that may sound reminiscent of the justification for the Iraq War, the falsified reports on the Tonkin Incident served as a basis for passage of the Gulf of Tonkin Resolution, which allowed President Lyndon Johnson to escalate U.S. involvement in the Vietnam War.

According to the SFRC press release concerning the transcripts, by 1968 “many committee members who had voted for the resolution in 1964 regretted their decision,” reflecting what the New York Times acknowledges was “widespread skepticism about the Gulf of Tonkin incident” at the time. Still, it’s striking to hear how angry and frustrated the senators were when confronted with the possibility that they (and the American public) may have been misled. Tennessee Senator Albert Gore Sr. was particularly enraged:

If this country has been misled, if this committee, this Congress, has been misled by pretext into a war in which thousands of young men have died, and many more thousands have been crippled for life, and out of which their country has lost prestige, moral position in the world, the consequences are very great.

Despite clearly wanting to act on their doubts, the committee eventually decided not to pursue an investigation of the incident, noting how damaging it would be to both country and president to even initiate one and how much fire the committee could come under for pursuing the matter. Senator Frank Church of Idaho warned that without substantial evidence to back up their investigation, “the big forces in this country that have most of the influence and run most of the newspapers and are oriented towards the presidency will lose no opportunity to thoroughly discredit this committee.”

Over the course of the past decade, historians and politicians have drawn plenty of parallels between Vietnam and the U.S. wars in Iraq and Afghanistan. So while it’s not surprising to find another parallel, the glimpses of political psyche afforded by these new transcripts is still fascinating.