Putin Announces Expulsion of Hundreds of U.S. Diplomats from Russia 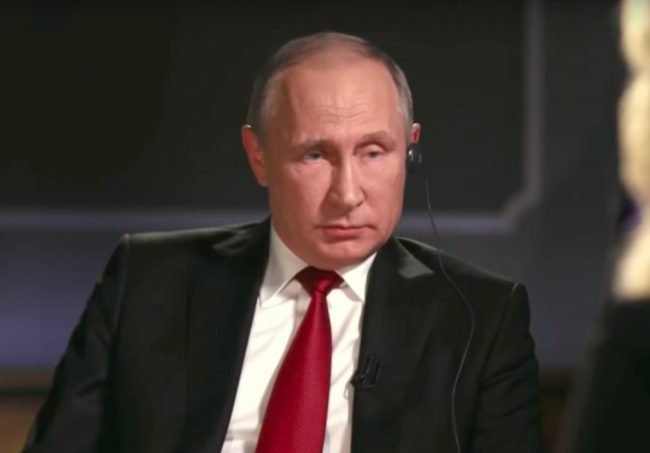 Vladimir Putin announced today that 755 U.S. diplomats are being expelled from Russia, an apparent act of retaliation against the bill passed in Congress imposing sanctions on Russia.

Speaking in a television interview on the Rossiya 1 network, Mr. Putin said that Russia’s patience in waiting for improved relations with the United States had worn out.

“We waited for quite some time that maybe something will change for the better, had such hope that the situation will somehow change, but, judging by everything, if it changes, it will not be soon,” Mr. Putin said in the interview, according to Interfax news agency.

Last week both the House and Senate overwhelmingly passed Russia sanctions legislation, and the White House said in a statement President Trump intends to sign it.

The Russian Foreign Ministry responded on Friday, CNN reports, by calling for the U.S. to “cut its diplomatic staff in Russia” as well as announcing they would “seize two US diplomatic properties.”

Russian Deputy Foreign Minister Sergei Ryabkov said on ABC’s This Week this morning that “this retaliation is long, long overdue.”

He called the sanctions bill a “completely weird and unacceptable piece of legislation” and said, “We have a very rich toolbox at our disposal.. I can assure you that different options are on the table. And consideration is being given to all sorts of things, both symmetrical or asymmetrical, to use a very popular word in the world of diplomacy.”