‘Released From the Hostage Situation’: Christie Mocked on Twitter for Losing Trump VP Nod to Pence

‘Released From the Hostage Situation’: Christie Mocked on Twitter for Losing Trump VP Nod to Pence 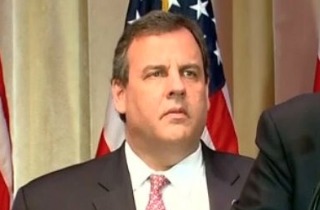 Chris Christie lost his chance to become Donald Trump‘s running mate Friday morning, and the Twitterverse had a field day, calling it the latest moment of his self-inflicted humiliation.

Christie’s been supporting Trump for the past few months ever since his own bid for the presidency failed. The New Jersey governor has been one of the mogul’s most forceful advocates, even though critics and prominent campaign moments suggested that Trump has been implicitly emasculating and embarrassing him ever since the two joined forces.

Christie was thought to be one of the three most likely choices for Trump’s vice president, but instead, the nod went to Indiana governor Mike Pence earlier today. As such, people on Twitter took the opportunity to mock Christie once again for being the second fiddle to his former rival.

CNN reporting Trump-Pence announcement tomorrow likely to be tomorrow in New Jersey. To troll Chris Christie? Force him to watch?

TFW: When you sell your soul for nothing. https://t.co/gssiITzu97

Well, there is it. Poor Chris Christie. He really set himself up to get fucked. Sad!

when he doesn’t pick you to be his VP pic.twitter.com/9bpZs7El9c

Chris Christie must feel like Trump’s side chick right about now.

Trump’s first event with Pence will be in Bedminster, NJ tomorrow. NEW JERSEY. Will the humiliation of Chris Christie never end? #Reek