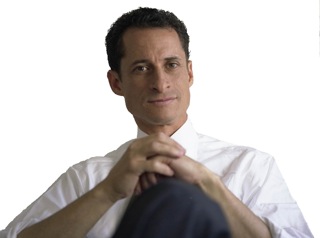 In the quagmire of solid information that has been the Rep. Anthony Weiner indecent photo Twitter scandal (#Weinergate, as it is better known by now), one of the biggest questions on the minds of those following is what the Congressman has done to investigate the alleged breach of his verified Twitter account, and whether authorities are involved. Today, his spokesman told the Daily Caller that Rep. Weiner had “retained counsel” and was ready to explore legal alternatives.

The Daily Caller received statements from both spokesman Dave Arnold and the Congressman himself, both stating that they considered the affair a “prank” and didn’t appear to enthusiastic about spending time on it:

“We’ve retained counsel to explore the proper next steps and to advise us on what civil or criminal actions should be taken,” Weiner spokesman Dave Arnold said in an email. “This was a prank. We are loath to treat it as more, but we are relying on professional advice.”

Weiner maintains that he thinks the issue is a distraction started and driven by conservatives. “At a time when the GOP is playing games with the debt limit, a member of the Supreme Court is refusing to recuse himself from matters he has a financial interest in, and middle class incomes are stagnant, many want to change the subject. I don’t,” Weiner said in an email to TheDC. “This was a prank, and a silly one. I’m focused on my work.”

What they have yet to answer, however, is whether an official criminal investigation has been launched by either the FBI or any other investigative resource. The new information, however, suggests Rep. Weiner has at least taken the first steps toward legal action.