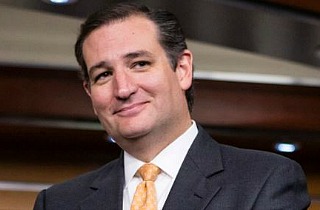 The filibuster possesses a magical quality. As with all performance art, the filibusterer who commands the stage also commands attention. As the parliamentary maneuver of last resort, the filibuster is almost always invoked in defense of a lost cause. The filibusterer directs a rapt audience to observe as he hurls himself onto a pyre of his own making – and they do. The filibustering legislator subjects herself to a form of martyrdom. The result is often to inspire sympathy – if not empathy – for the ideological battle the audience knows the protagonist has already lost.

This was the case for Sen. Rand Paul (R-KY) who mounted a filibuster against the nomination of John Brennan to head the CIA in protest of the White House’s “targeted assassinations” of American citizens abroad deemed to be enemy combatants. Brennan was always going to be confirmed, and Paul declared victory after he received a perfunctory letter from Attorney General Eric Holder who pledged to review the practice.

This was also the case for Texas state Sen. Wendy Davis (D-Ft. Worth) who captured the hearts of the nation’s progressives (and the press, as we shall later examine) when she filibustered the passage of a bill that would increase health standards on abortion providers and limit the practice to a maximum of 20 weeks of gestation. That bill, too, was destined to pass. Davis’ filibuster was only ever a delay tactic and that measure eventually became law in a subsequent emergency session of the legislature.

But the majesty afforded both Paul and Davis as a result of their self-sacrifice persists. Sen. Ted Cruz (R-TX) has also masterfully utilized a filibuster-like tactic to polish his political brand and to lend righteousness to his lost cause: the defunding and ultimate repeal of the Affordable Care Act.

Cruz has few friends in Washington. His maneuver has cost him even more support inside the Beltway. His latest infraction against the prevailing order in the nation’s capital was for him and his staffers to dare call a routine speech, albeit a long one, a filibuster when it was technically not.

The triviality of this transgressin is lost on the denizens of the District. For them, it is just one more example how this young senator of only nine months has failed to appreciate his station. Even if they have not articulated it, many in Washington see Cruz’s dismissal for generations of precedent and his disregard for deference (often confused with decorum) as an affront to tradition. These are not baseless critiques. Cruz does not appear to be especially concerned with how he is perceived. Indeed, he never was.

Many of those who knew Cruz at the Ivy League institutions where he received his education criticized him for being “arrogant,” “strident,” and “abrasive.” Talking Points Memo’s Josh Marshall, Cruz’s Princeton University classmate, said he remembered Cruz as “An incredibly bright guy who’s an arrogant jerk who basically everybody ends up hating.”

Cruz’s self-assuredness is, for those in constant search of external validation for their beliefs and actions, an unforgivable trait. In spite of his soft-spoken demeanor and complete unwillingness to respond in kind, the junior Texas senator has been subject to the most vitriolic of insults from his political adversaries.

But, for all his artlessness, Cruz has secured a victory with is “fauxlibuster” – a term derisively applied to his nearly 24-hour long speech by those who fancy themselves his betters.

In choosing to make a stand against the ACA, Cruz chose the right hill upon which to die. In spite of the tortured efforts of some of the ACA’s defenders, polls have shown the law to be deeply and persistently unpopular. Today, the Real Clear Politics average of polls show 52.2 percent of the public opposes the law while just 38.7 percent approve – a 13.5 percent gap.

Furthermore, Cruz’s filibuster was greeted with scorn and derision from political reporters. Some inexplicably sought early on in the Texas senator’s gambit to declare Davis’ filibuster the most virtuous of filibusters. Other journalists, incensed by Cruz’s vilification of them and their industry, lashed out at him and insisted that his claims that their coverage of him is inherently unfair are precisely why he does not receive favorable coverage.

Political reporters are human. No one appreciates being publically castigated or having their chosen profession denigrated. But, in attacking Cruz, they have played their role in his ploy perfectly.

In 2012, 78 percent of those surveyed in a Daily Kos/SEIU weekly poll expressed an unfavorable view of the political press. This summer, Gallup demonstrated that only about a quarter of Americans express confidence in television and newspapers to adequately inform the public. Americans are unlikely to bristle with indignation over Cruz’s insult to the press corps.

Cruz has alienated himself from Washington D.C., too, where he is loathed by both Democrats and his fellow Republicans – many of whom have sought to publicly undermine his efforts to marshal support for the defunding of the ACA. Today, Real Clear Politics pegs average approval of Congress at 18.5 percent.

Ted Cruz is despised by a hated Washington and the detested political press. He has generated this near universal loathing inside the Beltway due to his opposition to a deeply unpopular law. Objectively, Cruz has made all the right enemies.