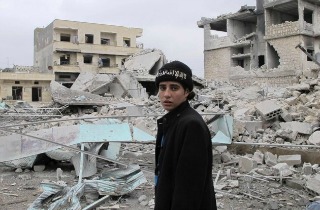 The Republican Party’s ascendant libertarian wing has introduced a new vitality into the sclerotic and increasingly aged GOP. In recent years, the party has slouched under the weight of its own contradictory approaches to questions of public policy. A party that rails against government intervention into private affairs yet defends social engineering like federal incentives to marry and have children confuses its would-be supporters. A GOP that rages against President Barack Obama’s application of drone warfare in an ever expanding list of battlefields around the world yet defends the principle of an unconstrained global war on terror cannot long avoid reconciling those contradictory viewpoints. The ongoing internal debate in the Republican Party is healthy. Opponents of the GOP who celebrate what they derisively mock as a “civil war” are celebrating a pyrrhic victory as Republicans rapidly become the new agents of change.

Libertarianism as a governing philosophy does, however, have its limits. The nearly two-year-long humanitarian and geopolitical nightmare unfolding in Syria has exposed one of those limits. The brand of libertarianism that rejects America’s role in the world cannot be adopted by the Republican Party writ large. Why? Because it is incumbent on the United States to maintain the stewardship of a global order which has resulted in relative peace and stability since the end of the Cold War. The bulk of this great responsibility, which rests on the shoulders of America’s lawmakers, cannot be shrugged. Libertarians outside the closed-door classified security briefings, to which the nation’s elected officials are privy, do not have to confront the sobering reality of the many threats to global security. As such, they are free to proselytize for the most amoral, egocentric form of non-interventionism couched in the moralistic language common among pace activists.

The charge that chemical arms were used in Syria is not without precedent, but the recent revelations are the most detailed and have come the closest to being independently confirmed. 26 people were killed in in the Syrian city of Aleppo when a rocket allegedly containing a chemical aerosol agent exploded. Both the rebels and the Syrian regime are blaming each other. Whether that aerosol was a nerve agent continues to be debated, but it is an academic debate. The use of pesticides and herbicides in military conflicts is also prohibited by international humanitarian law.

White House Press Sec. Jay Carney said Tuesday that there is no evidence chemical weapons were used. State Department spokesperson Victoria Nuland echoed Carney when she said there is “no reason to believe the allegations” that weapons of mass destruction were used in Syria.

Those assertions were, however, contradicted by bipartisan members of Congress. On Tuesday, both the chairs of the House and Senate Intelligence Committees told the press that there was a “high probability” that chemical weapons were used. “We need that final verification, but given everything we know over the last year and a half, I would come to the conclusion that they are either positioned for use, and ready to do that, or in fact have been used,” said Rep. Mike Rogers (R-MI).

It is understandable why the White House would seek to make equivocating statements regarding the use of chemical weapons in Syria. If acknowledged and confirmed, the pressure to act in the defense of Syria’s civilians caught in the line of fire of these indiscriminant weapons would be irresistible.

Prohibitions against the battlefield use of chemical weapons have a long history. The Hague Conventions of 1899 and 1907 as well as a slew of United Nation’s resolutions prohibiting their use against sovereign powers during an armed conflict are clear, but international law is far murkier regarding the use of chemical weapons against a nation’s own citizens. Legal opinions are divergent when it relates to whether the use of chemical weapons justifies foreign intervention, but the international legal code designed to preserve maximum sovereignty is distinct from the moral imperatives that such a humanitarian crisis presents.

And what is the libertarian response to this imminent and rapidly unfolding crisis? If one were to peruse the preeminent libertarian intellectual publication Reason Magazine as of this writing, the answer is nothing. Save for a few aggregated news reports regarding the disaster in Syria, that magazine’s stable of bright, capable, and deductive authors have yet to weigh in. Doubtless, like the intellectuals on the left, when they do get around to addressing the crisis, their focus would be on the potential pitfalls that Western intervention in Syria would present for the intervening power, and not the suffering inside Syria and the threat that nation’s civil war poses to the region as that conflict spills over Syria’s borders.

It is not just the Syrian conflict that has presented Libertarian thought leaders with a moral conundrum. Across the globe, the international order hashed out at the end of the Second World War has begun to unravel. An op-ed in the Wall Street Journal on Wednesday by Eliot Cohen details some of the global conflicts smoldering today that threaten global stability.

“In Europe, an oil-rich Russia is rebuilding its conventional arsenal while modernizing (as have China and Pakistan) its nuclear arsenal,” he continues. “Russia has been menacing its East European neighbors, including those, like Poland, that have offered to host elements of a NATO missile-defense system to protect Europe.”

In the Persian Gulf, American policy was laid down by Jimmy Carter in his 1980 State of the Union address with what became the Carter Doctrine: “An attempt by any outside force to gain control of the Persian Gulf region will be regarded as an assault on the vital interests of the United States of America, and such an assault will be repelled by any means necessary, including military force.” America’s Gulf allies may not have treaties to rely upon—but they do have decades of promises and the evidence of two wars that the U.S. would stand by them.

Today they wait for the long-promised (by Presidents Obama and George W. Bush) nuclear disarmament of a revolutionary Iranian government that has been relentless in its efforts to intimidate and subvert Iran’s neighbors. They may wait in vain.

The United States cannot foster the formation of a vacuum of global power in perpetuity without consequence. The return of the Great Game is upon us. Outside the halls of power, the nation’s commentariat does not see that as so great a threat, but fortunately that sentiment is not shared by either America’s prominent Republican or Democratic elected leaders. That may change as the GOP’s internal recalibration continues.

A Republican Party that embraces libertarianism should not do so uncritically. Though this generation of Americans did not seek to be the inheritors of a global order which rests on America as the sole guarantor of international security, this is the world they were born into. It is a responsibility that America and the West can not eschew without catastrophic consequences.

The Republican Party has a proud legacy of understanding and accepting the historical burden that the U.S. must bear. The party and the nation are forever criticized for comprehending that responsibility. This criticism is often leveled at them from an intellectual class which enjoys the fruits of prosperity and peace, but refuses to acknowledge the sacrifices required to safeguard it.

The GOP’s revitalization must come with a healthy dose of libertarian philosophy both at home and abroad, but the Republican Party should never become a party that abandons its role in the world. An America that abdicates its role would become quite popular in the world’s coffee shops and faculty lounges. But such a shift would presage the return of the functional equivalent of a multipolar world, yielding to the increased likelihood that ascendant powers could miscalculate in their unending efforts to seek advantage over their neighbors. Great power wars would become a reality again. It is the responsibility of the United States to prevent this return to the historical norm from coming to pass, whether we like it or not.