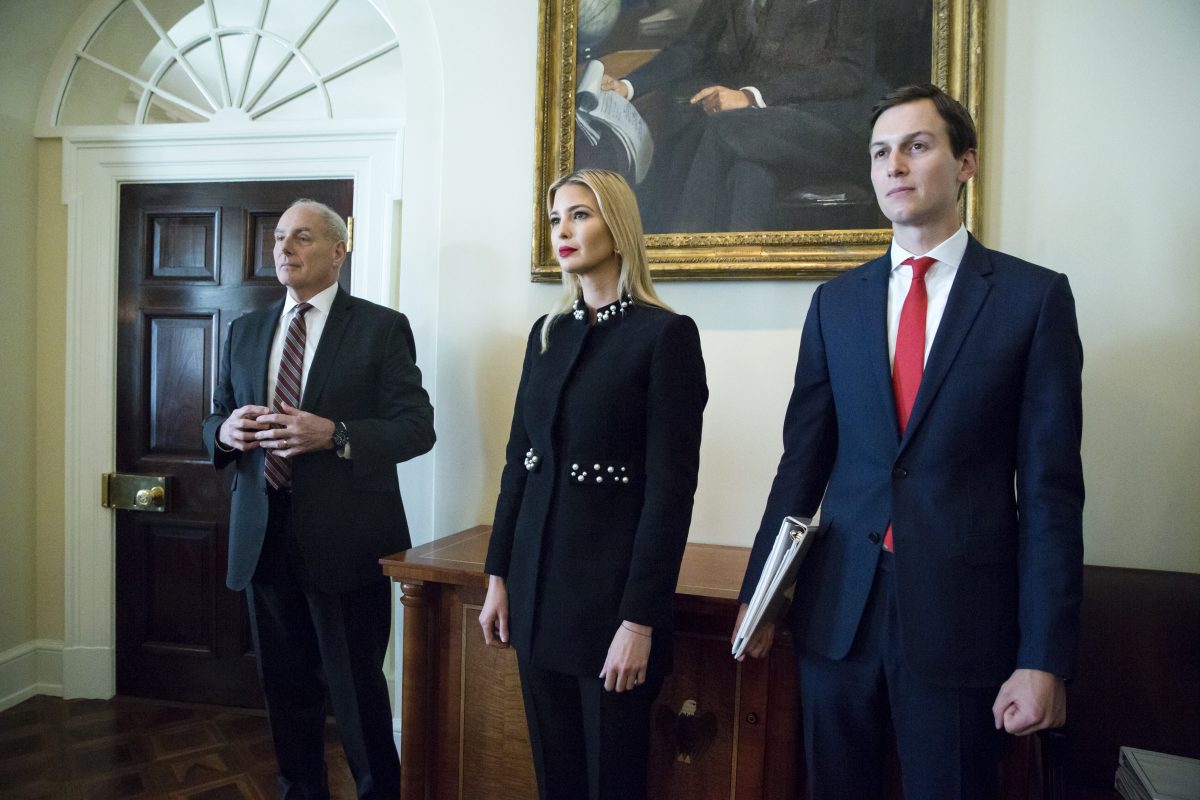 President Donald Trump is gearing up for a full White House staff reset.

That’s according to a stunning new report from Vanity Fair‘s Gabriel Sherman, who was told by a number of sources close to the president that changes in senior administration staff are imminent.

According to a Republican in frequent contact with the White House, Trump is “frustrated by all these people telling him what to do,” and is feeling freer to act on his impulses.

That explains his surprise decision to impose tariffs on steel imports, as well as the impromptu announcement that he would meet with North Korean dictator Kim Jong Un in coming months.

“Trump is in command. He’s been in the job more than a year now. He knows how the levers of power work. He doesn’t give a fuck,” the Republican told Sherman.

The tariff decision, one Trump-friend explained, “was like a fuck-you to Kelly.”

“Trump is red-hot about Kelly trying to control him,” the source added.

And according to Sherman, Trump’s revived DGAF attitude has permeated to staffing decisions:

According to five Republicans close to the White House, Trump has diagnosed the problem as having the wrong team around him and is looking to replace his senior staff in the coming weeks. “Trump is going for a clean reset, but he needs to do it in a way that’s systemic so it doesn’t look like it’s chaos,” one Republican said.

Sources said that the first officials to go will be Chief of Staff John Kelly and National Security Adviser H.R. McMaster, both of whom Trump has clashed with for months.

The desired overhaul doesn’t stop there.

“Next on the departure list are Jared Kushner and Ivanka Trump,” Sherman reported. Though Trump is loyal to his family, the couple “have been sidelined without top-secret security clearances by Kelly, and sources expect them to be leaving at some point in the near future.”

For Jared, that could mean returning to New York to work on Trump’s 2020 election campaign with manager Brad Parscale. Ivanka could stick around the administration through the summer, “before decamping home to New York to enroll the children in a Manhattan private school.”

And who is expected to replace these outgoing staffers? Trump wants the old band back together, and has reportedly been lusting for longtime pals Corey Lewandowski and David Bossie.