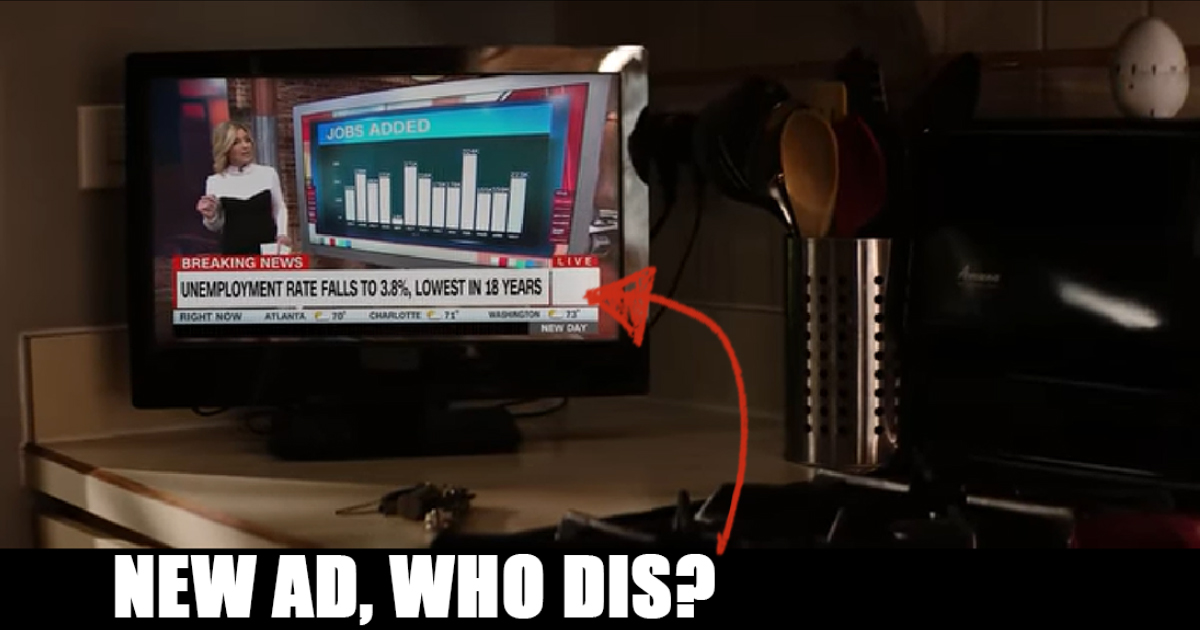 The Trump campaign released a new ad on Monday is missing a few things. For one thing, the CNN logo. For another, the president.

The 60-second spot from the Trump campaign touts financial successes under the administration — but President Donald Trump doesn’t make an appearance in the ad from Donald J. Trump for President. The $6 million broadcast and digital ad campaign doesn’t even mention his name, in fact.

Interspersed with narration are clips from news shows on the state of the economy, going from bad to better over the course of the video. In the opening news sequence, a TV is showing a clip from a news network, and as some on Twitter have noticed, that news report is missing something.

There’s a TV showing CNN (delivering positive news about employment rates) at the beginning of the new midterm Trump campaign ad, but the CNN logo was removed. pic.twitter.com/Ajed4wYNfW

The ad is being run today through the election, with $3.5 million of the buy going to national television spots, and $2.5 million in online advertising.