Twitter Goes to Town on Trump’s Meandering Refutation of NY Times Story: ‘All He Does is Watch TV’

Twitter Goes to Town on Trump’s Meandering Refutation of NY Times Story: ‘All He Does is Watch TV’ 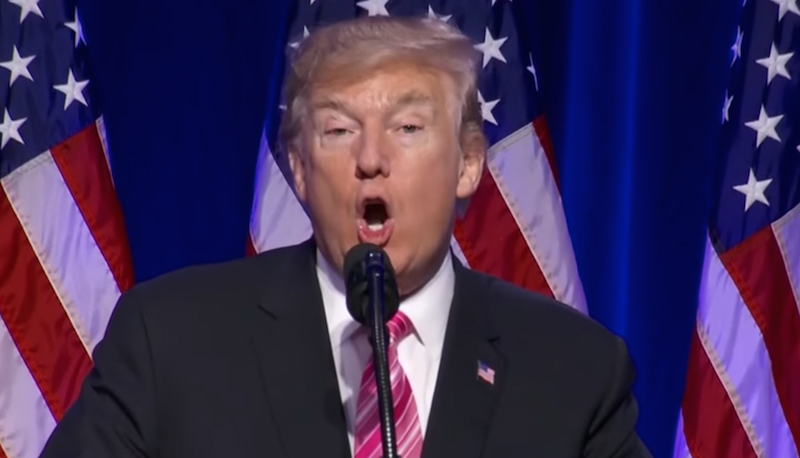 After a weekend spent golfing with Sen. Lindsey Graham, whom he once referred to as a “nut job” and “one of the dumbest human beings” he had ever encountered, President Donald Trump is back to work plunking out incendiary tweets against the media. No rest for the weary, right?

This morning’s tweet was in response to a weekend report by the New York Times, which alleged that the president watches hours of television each day, tweets from bed and occasionally arrives to meetings clad in pajamas.

Trump’s tweet, which he conceived of, typed out and published after being briefed about this morning’s fumbled terror attack in New York City, read like an anti-media mix tape, with “fake news,” “failing” and random exclamation marks all making an appearance.

Another false story, this time in the Failing @nytimes, that I watch 4-8 hours of television a day – Wrong! Also, I seldom, if ever, watch CNN or MSNBC, both of which I consider Fake News. I never watch Don Lemon, who I once called the “dumbest man on television!” Bad Reporting.

He also took the time to call CNN’s Don Lemon the “dumbest man on television,” which means, if Graham is any indication, the two will be golfing together some time next year.

Media members did not take Trump’s Twitter attack laying down, though some of them may have literally been laying down, issuing harsh and hilarious condemnations against the president.

All he does is watch TV https://t.co/GFKtoFAbch

Trump’s tweet this morning is evidence that he doesn’t read Twitter (where the NYT story & his TV habits were discussed days ago) or, more surprising, the Sunday NY Times

Hour plus after bomb went off in major transit hub in NYC https://t.co/obGKmR0dwY

If he had more room he would have said “I never watch Don Lemon whose show airs on channel 189 at 10 pm EST Monday-Friday” https://t.co/d7LRE1pXCq

Interesting that Trump is choosing to attack the New York Times, rather than respond to the Times Square terror incident. https://t.co/9oS7HSsTHD

trump tweeting about not watching tv after hearing about how much tv he watches while watching tv pic.twitter.com/KcvBVAqID4

This story came out in the NYT two days ago. But Morning Joe covered it right before this tweet. So, it seems Trump angrily tweeted that he doesn’t watch TV in response to…watching TV. Just amazing. https://t.co/mecM9Vduk3

One of the few times Trump doesn’t rush to capitalize on an apparent terror attack it’s because he wants to tell people he doesn’t watch much TV. https://t.co/DIoaEoOuqC

every news station: there was a thwarted terrorist attack in NYC
trump: i watch 7 hours of tv a day, not 8, and diet coke is for fat people

CNN even issued a response to Trump’s tweet, defending Don Lemon and accusing the president of “engaging in the very same behavior” as “bullies [who] torment kids.”