U.S. Olympic Lugers Don’t Like That Canadian Ad Calling Them a ‘Little Gay’ 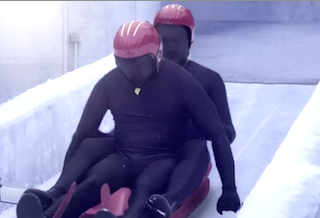 With nearly 5 million views and counting on YouTube, the Canadian Institute of Diversity and Inclusion’s viral ad challenging Russia’s anti-gay laws has made a lot of people laugh. One group that’s not laughing (besides, presumably, Vladimir Putin’s government)? American double lugers, who were the butt of the joke, so to speak, in the ad that ends with the words, “The Games have always been a little gay… Let’s fight to keep it that way.”

Members of the U.S. luge team spoke to The New York Times, expressing their discomfort with the way the ad portrays their sport.

“They’re making fun of our sport for their cause and it doesn’t really make a lot of sense to me. If I were to go hug my dad and someone took a picture and showed it in really slow motion, they could use it in a video like that and that’s just ridiculous. It’s my dad. Can’t we show affection to each other without it being some sort of sexual contact? This is sports. It’s the same thing. Why does it have to be like that?”

“For some reason, whether it’s Jimmy Kimmel or Conan O’Brien or anyone, doubles luge is always the target. It’s never about football players taking a snap or whatever. We’ve heard all this stuff before.”

“Between this kind of stuff and the ‘You’re such a luger,’ it’s pretty tired.”

The Times did find one member of team who didn’t think there was much to worry about in the ad. Preston Griffall, who will compete in the doubles competition, said, “We’re two dudes, laying on top of each other in spandex. Of course people are going to make fun of it.” He added, “In sports, what we’re doing is a completely different issue than what they’re talking about. We’re competing here. I’m not going to look too deeply into it.”