US Embassy in China Launches Friendly Online Q&A Session, Gets Summarily Shut Down

US Embassy in China Launches Friendly Online Q&A Session, Gets Summarily Shut Down 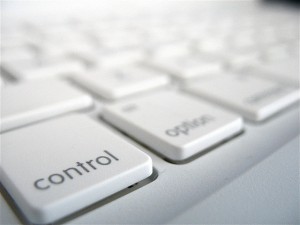 A social media outreach effort by the U.S. Embassy in Beijing was shut down and scrubbed offline last week.

The embassy’s staff had attempted to run a question-and-answer session online that would “delve into some of the most popular questions about America,” many of which seem fairly anodyne, but the effort was quickly quashed as it was considered a glaring example of Western propaganda.

“Even if someone has never been to the United States, it’s hard to say they haven’t been subject to a subtle influence from the other side of the Pacific. America’s rich and diverse cultural atmosphere and the unique qualities of its cities are highly attractive to people from all walks of life.”

Filled with over 40 questions on topics like how to buy cheap Broadway tickets, what’s up with California surf culture and what steps must be taken to set up a food truck in the US (not to mention about a dozen visa questions), the “Discover America” Q&A session on Zhihu.com (Chinese Quora) was nowhere to be found last Wednesday morning.

According to a cached version of the site, the page had been viewed over 1 million times by about 27,000 people before it vanished. Questions were answered by a total of eight people, four officers at the embassy, two American professors and two Chinese nationals living in the US. Chinese netizens were invited to ask about anything that they wanted to know about the US.

Along with the deletion of the page itself, the Zhihu accounts of the diplomats and professors were deleted as well.

Benjamin Weber, spokesman for the U.S. Embassy in Beijing, told the Wall Street Journal that the embassy was “disappointed by this action.”

“Our participation was in keeping with the embassy’s role in representing the people of the United States to the people of China through our public diplomacy, and we look forward to opportunities to engage in genuine dialogues about issues and ideas of interest to the Chinese and American people.”