55% Of Voters Agree: The Media Is What’s Really Wrong With Politics 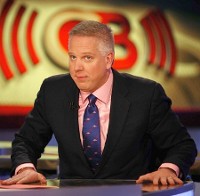 The U.S. Supreme Court made waves in January when it blocked limits on political spending by corporations – and not in a good way, according to ABC pollster Gary Langer. Langer’s data showed strong-to-overwhelming majorities of people among all political persuasions opposed the ruling – clearly, ours is an electorate that does not approve of freewheeling, unchecked campaign contributions. But a new poll, conducted by Rasmussen Reports, showed a majority of people believe there’s an even bigger problem in politics today, and with apologies to Walt Kelly, we have met the enemy and he/she is us.

That’s right, when forced the choose between media bias and runaway campaign contributions as the greater scourge on our political scene, 55 percent of voters chose the media. Newsweek’s Daniel Stone offered his take on the results on the magazine’s political blog, The Gaggle:

It’s somewhat obvious that increasingly ideological programming on the cable channels has contributed to polarization. The sheer fact that Glenn Beck made $32 million last year illuminates just how big of a business opinion journalism can be. (It’s also a factor of why CNN, the most centrist of the three cable power hitters during prime-time programming, has seen its ratings slump over the past year.) But it’s a big deal, and certainly worth noting, when media bias eclipses lobbying—an omnipresent core of Washington that everyone loves to hate, although most people outside Washington actually just hate it.

Stone’s points are true, but it’s worth noting that his Glenn Beck example doesn’t really reflect the dynamics of the poll in question. According to Rasmussen, 68 percent of Republicans and 62 percent of unaffiliated voters said media bias was a bigger problem than campaign contributions. However, just 37 percent of Democrats made the same choice. In other words, the voting bloc far and away more likely to consider Beck’s influence a threat to the political climate is overall much less likely to find that influence to be the biggest problem in the political realm.

And while it’s certainly a noteworthy result that media bias was such a decisive “winner” in the poll, it didn’t “eclipse” lobbying in voters’ minds, contrary to Stone’s assertion. From Rasmussen’s report:

Fifty-five percent (55%) of U.S. voters continue to think that media bias is a bigger problem in politics today than big campaign contributions, identical to the finding in August 2008.

If anything, the most intriguing result of the poll might be that the percentage of people who find media bias a more pressing issue than campaign contributions has not changed at all in the last year and a half. In fact, according to Rasmussen’s article on their August 2008 survey, 36 percent deemed campaign contributions a bigger problem in that poll. In the more recent poll, 32 percent voted for campaign finance as the more pressing issue.

The fact that fewer people today apparently find campaign contributions a greater issue than media bias – despite a landmark Supreme Court ruling in the interim that could dramatically increase corporate campaign contributions – isn’t just intriguing…it’s a bit stunning. While it’s very possible the fact that the first poll was conducted in the heat of a presidential campaign impacted the results for campaign finance, but the media was a big issue then, too, and opinions on media bias seemingly haven’t changed. Barring anything unforeseen, the Supreme Court’s position on campaign finance isn’t likely to change in the near future, either – despite the recently-announced retirement of Justice John Paul Stevens, there will be no ideological shift in the court since Stevens is a Democrat who will be replaced by another Democrat.

So the next time Rasmussen conducts another poll like this, we could well be in a similar place, where a majority of voters decry media bias in something of a feedback loop (and, as Stone calls it, “an admitted display of shirked responsibility” by the media), where media outlets simply reflect what they think their readers/viewers/listeners want to hear, which results in the same people being either happy or upset with their coverage. A vicious circle indeed – one we suggest breaking by keeping informed on he latest, smartest media news and opinion. And to make doing this easier, might we recommend reading Mediaite whenever remotely possible?