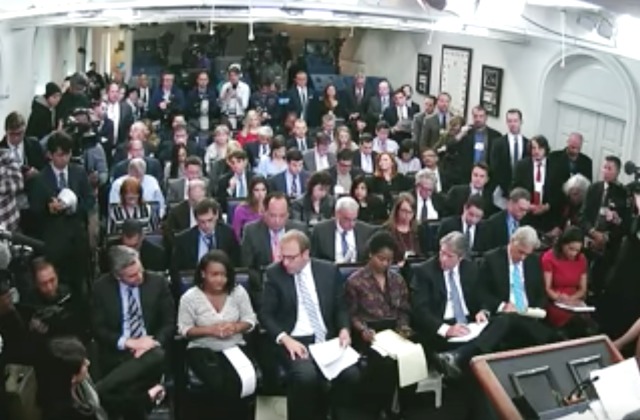 White House Correspondents Association President Jeff Mason said at a WHCA town hall tonight that the White House had once asked that they put out a statement criticizing a report filed by one of its member organizations:

.@jeffmason1 just said the White House once asked him to release a statement criticizing an individual reporter's work. He said no

Mason: There have been times when WH asked me to intervene and criticize stories by other WH reporters He has refused to do so.

The Washington Post‘s Erik Wemple has more details on what Mason said at the WHCA town hall tonight:

“There have definitely been times over the last several months where the White House has come to us — often to me specifically — asking that we or I intervene and criticize a member news organization or reporter,” said Mason at an event held at the White House Historical Association.

The topic brought to mind a specific instance: “In one case, and I won’t say the name, but in one case, I was asked to on behalf of the WHCA to release a statement criticizing a reporter’s story,” said Mason, to a wave of disbelief in the conference room. “And I said ‘No,’ because that’s not what we do and that’s not something we would ever do.”

Mason declined to elaborate further, though reporters in the room tried: