What Are The South Carolina Primary Results
south carolina primary

Where to Watch the South Carolina Primary Results by Network 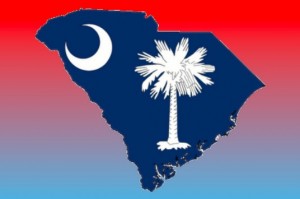 Following the Iowa Caucus and the New Hampshire Primary, the Republican party will hold the South Carolina Primary for the remaining field of six. The Palmetto State is the final stop before Nevada, and the campaigns are hoping for enough momentum to still be in-play heading into March 1’s Super Tuesday contests.

Jeb Bush, Donald Trump, Ted Cruz, Marco Rubio, Ben Carson, and John Kasich are all that remains from the field that for months was double-digit in size. The storylines out of South Carolina for the GOP side have been fast, bizarre, and even steeped in controversy. Frontrunner Trump and Texas Senator Ted Cruz are hoping to repeat some of their successes from the first two states, while candidates like Bush and Carson need some sign of vitality to continue to be contenders much beyond Saturday.

Fox News Channel’s Bret Baier and Megyn Kelly will coanchor America’s Election Headquarters from 7PM-10PM/ET Saturday. Other Fox News programming throughout the day will focus on South Carolina primary returns, the Nevada Caucus where the Democrats are battling it out, as well as the funeral of late Supreme Court Justice Antonin Scalia:

MSNBC’s “Place for Politics” coverage will be anchored by Rachel Maddow and Brian Williams live from the South Carolina Republican Primary, while Chris Matthews will cover the Democratic battle in Nevada. From South Carolina, Thomas Roberts will anchor from Columbia at 7 a.m. ET and “Morning Joe” will hail live from Charleston from 8-10 a.m. ET. Tamron Hall will report live from a polling site in Columbia and reporting live from campaign headquarters will be Gabe Gutierrez from Marco Rubio’s campaign, Hallie Jackson from Ted Cruz’s campaign, Kelly O’Donnell from Jeb Bush’s campaign, and Katy Tur from Donald Trump’s campaign.

Fox Business Network will present special coverage of the GOP South Carolina Primary and Democratic Nevada Caucus on Saturday, February 20th. Starting at 6PM/ET, Lou Dobbs will kick off the coverage with a special edition of Lou Dobbs Tonight. FBN’s Neil Cavuto will then host a special edition of Cavuto: Coast to Coast beginning at 6:58PM/ET with coverage and analysis as the results come in. Cavuto will be joined with business leaders and political experts throughout the evening while reporting on the results.