Why Can't The Congressional Black Caucus Be More Like the Tea Party?

Why Can’t The Congressional Black Caucus Be More Like The Tea Party? 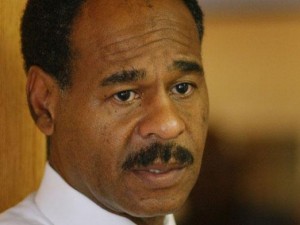 Editor’s note – this column was first published on Loop21.com and appears on Mediaite via content sharing agreement.

The Congressional Black Caucus Annual Legislative Conference kicks off this week in Washington, DC. The influence of the event is probably at its highest, with President Obama set to speak at the closing dinner and thousands scheduled to be in attendance throughout the weekend. But the same can not be said for the influence of the Congressional Black Caucus itself (CBC). Why isn’t the CBC the liberal equivalent of the Tea Party? Seriously, no other Congressional organization could lay claim to having a singular voice that represents liberal strongholds throughout the country and puts the disenfranchised, including minorities, at the forefront of their agenda. Here’s how the Tea Party became so influential and the three reasons why the CBC isn’t yet capable of doing the same thing.

The Tea Party’s power isn’t in really in numbers — it’s a specific kind of numbers. Poll after poll has shown that their popularity ebbed a long time ago and it isn’t mainstream America that supports them. Instead, the Tea Party has focused on something far more effective — intimating to legislators the power they have at the ballot box, particularly the primary ballot. The Tea Party’s power can be attributed to three things: (1) simple, singular messaging, (2) unwavering leadership, (3) being a disruptive force in political landscape.

Their message:  “limited, effective and Constitutional government must be our collective goal in order for this nation to maintain its place as the world’s leader.” Which candidates and voters have taken to mean a vow to spend less, reduce taxes and lessen the size of government.”

And even the White House got the message. According to the NY Times, Van Jones, former green jobs czar, “credited [the Tea Party with being] a right-wing populist movement” that in his mind somehow managed to reframe the debate and “won the argument” over the scope of government involvement in carbon emissions regulation, health care and immigration.” So if president’s own adviser found the message strong enough to blunt the White House’s efforts, it’s clear the Tea Party has been in its own league.

CBC Poor Messaging
The Tea Party showed that there is tremendous power in a cohesive voice, whether it be informed or not. While the CBC is indeed focused on issues affecting blacks, they have not a particular issue that black voters can rally around.

The jobs tour was popular simply because people are out of work. And it did gain attention and attract 30,000 jobseekers, but enough to be a catalyst for a change in the way one will vote or which candidate they will support? Not even close. And in their defense, the jobs tour may have just been about that – helping folks to get actual jobs. But the CBC isn’t headhunter or career services at your local university. While they should be focused on jobs – as all politicians should be at this point – they should be looking for solutions that enable the public and private sectors to make large scale investments in hiring workers. In other words, legislative solutions. Job tours won’t cut it.

Really only one name should come to mind: Sen. Jim DeMint (R-SC). Not only was he rallying the Tea Party as early as 2009 as Pres. Obama was just measuring the drapes in the White House, he also funded in the 2010 midterm elections the most Tea Party candidates, five of whom won their elections including, Marco Rubio (FL) and Mike Lee (UT).

And DeMint didn’t only hand out checks. He along with Sen. Lindsey Graham are credited with pushing the White House to the brink on the debt ceiling deal this summer and making clear that any deal would have to include spending cuts and zero tax increases. Why is this significant? Never in history had the U.S. defaulted on its debt. Usually raising the debt limit is a cursory vote where dissenting congressmen hem and haw and allow their ‘Nos’ to be tallied fully aware that enough votes for it to pass have already been counted. Not this time. DeMint, and by extension the Tea Party, had made it very clear to the GOP: Vote for a debt limit increase that includes taxes and you’re guaranteed to lose support your next election.

CBC – Wrong Leadership
Not to slight current CBC Chair Rep. Emmanuel Cleaver but steadfast leadership isn’t synonymous with being invisible. While Cleaver is known as an even keel, goodhearted, intelligent leader, that just may not cut it at this time with black unemployment at nearly 18%, the highest it’s been in 27 years. Where’s the outrage? Where’s the emotion? Interestingly enough, Cleaver’s demeanor is very similar to President Obama’s. So even keel as to warrant the questions: If nothing offends your principles, how will defend the defenseless? If nothing excites you then how will you excite others?

Cleaver’s leadership style is even more ironic when you consider that the CBC is putting more pressure on President Obama’s administration than they have in the past. Rep. Maxine Waters even confronted an administration official at an event on camera questioning why he couldn’t say the tea party was behind efforts to block jobs bills. So if the administration’s style is too passive for the CBC’s liking, how is Cleaver’s any better?

Ask Sens. Lisa Murkowski (R-AK), Bob Bennett (R-UT) or Russ Feingold (D-WI) how disruptive the Tea Party was in the 2010 midterm elections. Murkowski may be the hardest to reach – because she still has a job. Elected in 2004, she won her Republican primary by over 20 percentage points. Fast forward to 2010 and she was beaten by Joe Miller, who had Tea Party backing. Murkowski had to run as a write-in, and, of course, was ultimately successful. Bennett and Feingold, not so much. Between them, they were in office for 36 years.

Some could argue that elections inherently pack surprises every now and then and that maybe the Tea Party just had good timing. Maybe the Tea Party’s strength is one-off. However the GOP is quickly learning that is not the case. House Speaker John Boehner (R-OH) and Majority Leader Eric Cantor (R-VA) can both bear witness. Last week they introduced a continuing resolution vote to prevent a government shutdown. So confident were they that the GOP caucus was on the same page, Cantor is quote as saying “All is well.” Yet that vote didn’t pass, primarily because the Tea Party members believe more fat can be cut out of the budget. Steve Bell, a writer at Frum Forum, surveyed senior congressional staff members and “none of them could recall such a public humiliation for any Speaker of the House in the past four decades.”

Could the CBC threaten something similar? There are strong reasons to suggest so. In some states Democrats could be hurt if the CBC could sway voters from turning out. In other states, the black electorate is either too small in number or isn’t significantly courted anyway to make an actual difference. But even a small number of states will impact close national elections.

“Given where the enormous rise in Democratic turnout and where those turnout increases occurred…it is virtually certain that African-Americans were a major factor in Democratic turnout increase and Democratic victories in Indiana, North Carolina and Virginia,” said Curtis Gans, director of American University’s Center for the Study of the American Electorate. In other words, the African-American vote was a deciding factor. This will only become more evident in places like North Carolina where black voters already make up 38% of all Democratic voters.

The CBC could be more disruptive to the Democratic party by becoming a bigger influence on delivering – or withholding – the black vote. The purpose would be to ensure the Democratic party is taking the CBC, and by extension black voters, seriously. The Tea Party has done the same thing in regard to primaries. They’ve been successful in defeating incumbent Republican legislators that did not represent the Tea Party’s positions, by fine-tuning their message to Republican voters, getting the vote out, and supporting a candidate who does represent them and is able to win.

The CBC must disrupt the normal course of business in Democratic politics if it wants to have an outsized influence. You can’t ask for power; you have to take it. And by that I mean hit the Democratic party where it hurts: wherever they need black votes the most. Start in North Carolina, Mississippi, and other areas where the Democratic party absolutely needs high African-American turnout to win.

The long-term gain is that the Democratic party bears witness to a powerful organization that might as well be their double-edged sword: passionate advocate or principled adversary. This isn’t for the purpose of breaking the Democratic party. Clearly the efforts of the CBC align with Democrats more than any other party. And if voters believe the party speaks to the issues and their concerns the way the party should, then support them.

John Wilson is a health policy analyst in Maryland, and also a staffwriter for The Loop 21. He frequently writes about health policy, education policy, and politics. You may reach him at [email protected]