Winners And Losers: The Week Cable News Floated Away In A Balloon Without A Boy 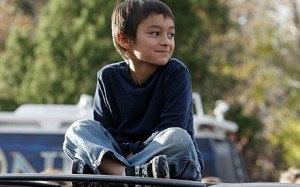 It’s Friday, which means it’s time to separate the chumps from the champs in Mediaite’s new “Winners and Losers” — our scorecard of who rocked and who flopped in the week’s headlines.

The 30 Rock star conveniently joined Twitter this week, after some urging that went viral, and just in time to promote his new autobiography I Am the New Black. But it looks like he’s found an even classier way to sell books: ripping into old colleagues! In the book, he basically calls former SNL-ers Chris Kattan and Cheri Oteri washed-up (“that bitch can’t even get arrested”), and things get even uglier in the audio-book version. Seems like someone’s 30 Rock role as a spoiled, unmanageable sketch-comedy star just might be type-casting.

The would-be mayor-for-life is having a swell week, amassing Business Week into his media empire and reconnecting with old pal-turned-rival Rudy Giuliani. But the real win came for Bloomberg Tuesday night, when he took on rival Bill Thompson in the first general election debate of the NYC mayor’s race. It was anyone’s game until Bloomberg’s masculinity prevailed in the crucial “lightning round,” when he gave the only right answer to the pivotal policy question, “Have you ever had a manicure/pedicure?” (No.)

McCain caused quite the internet stir when she posted a Twitpic of her “quiet night in.” Now she’s threatening to dump her mass Twitter following (and priceless self-promotion tool) over some cyber-insults. Okay, the “slut” stuff hurts, but come on, did she really think that pin-up pose would sit well with the Values Voters? Besides, this is politics — perhaps she’s merely needs a thicker skin (and a higher-cut top). Like they say: If you can’t stand the tweet…

Losing his shot at NFL ownership might have sucked, but the failed Rams bid is still a score for the talk radio host: he’s once again a victim of the left-wing conspiracy, and the right-wingers are rallying behind him! Pat Buchanan compared his bid denial to the Communist witch hunts of 1950s Hollywood. Redstate.com sympathetically declared “Tonight, we are all Rush Limbaugh.” Even CNN interrupted its Afghanistan discussion to break in with the news. The truth is, the big divisive mouth that cost Rush his football dream is the same mouth that’s made him a far-right hero. And a rich one at that. At the end of the day, he can’t really lose.

The major broadcast outlets got taken for a helium-powered ride yesterday afternoon. All of cable news went wall-to-wall for over an hour, chasing what turned out to be an empty drifting balloon. And the whole thing might have been a ruse! But the story has a happy ending of sorts: Balloon Boy was found safe in his attic. Wife Swap got a major plug.  And because the saga was the most captivating dayside coverage we’ve seen in forever, the ratings are sure to be sky-high.

The Republican party took their rebranding effort viral this week, launching a revamped GOP.com. And much like the party itself, the site had some serious content and design flaws. You probably couldn’t get it to load, so here the the awesomely bad highlights: First, there’s Chairman Michael Steele‘s hip new blog, originally titled “What Up?” Then you have the “GOP Heroes” page, featuring the late great Jackie Robinson (Robinson was actually an independent who once likened appearing before a Republican National Convention to being a “Jew in Hitler’s Germany”). And the kicker? The Future of the GOP page — initially a dead link. Oh, the irony!